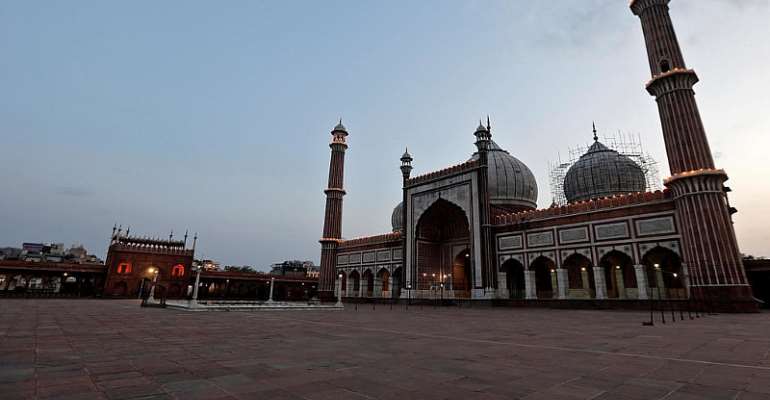 Muslims across India are observing a rare month of Ramadan in lockdown under the cloud of Covid-19, with Islamic authorities calling off congregations at mosques. The holy period has also been tarnished by rising Islamophobia propagated by fake news over the spread of the coronavirus.

Gaus Mohammed, a 54-year-oldcar mechanic, has just broken his evening fast and settles down with his family members for having dates and a sparse meal. Normally followed by lavish meals and evening get-togethers, this Ramadan is quite unlike any other that he has seen.

"This is the new normal and we cannot do anything about," Mohammed tells RFI. "One, we have a virus which has killed and infected thousands. And we also have to deal with the stigmatisation of the community. We have to be safe."

Search for serenity in a pandemic

Like him, millions of practicing Muslims who fast from dawn to sunset for the whole of the lunar month, as part of the ritual of dedicating oneself to contemplation and prayer, have had their lives upended.

“We are grappling with the coronavirus pandemic. Forced separation is difficult when socialising is almost sacrosanct during Ramadan. Mosques have also been shut down,” laments Farid Ahmad, a lecturer.

“A unanimous decision has been taken that only the chief cleric will offer prayers in the mosque and the people will offer prayers at home,” Maulana Arshad Madani, president of Jamiat Ulema-i-Hind, one of the leading organisations of Islamic scholars in India said in a statement.

Added to ban on congregating at mosques during the holy month, Ramadan has also been marred by rising Islamophobia.

This followed accusations that a surge in infections was tied to a three-day meeting in March in New Delhi of an Islamic missionary group, the Tablighi Jamaat.

Around 8,000 people had gathered at the site.
[B>>] Coronavirus pandemic used to stir-up anti-Muslim prejeudice in India

After the Indian government linked hundreds of cases of Covid-19 to the Muslim missionary group, angry and virulent messages have flooded social media, along with fake news purporting to show Muslims conspiring to spread the coronavirus.

As a result, many Muslims have faced renewed stigma, threats and the boycotting of vendors who venture into neighbourhoods.

India's 200 million Muslims comprise nearly 14 percent of the 1.3 billion population, making them the largest minority group in the Hindu-majority country.

Unlike India, the Pakistani government has allowed Islamic clerics to hold mass prayers during Ramadan, prompting the medical community to condemn the move. Experts have warned that the coronavirus could spread exponentially during the holy month.

Given the particular conditions brought about by restrictions to contain the virus, many Muslims have pitched in to help the poor and needy.

“Ramadan is a month in which Muslims all over the world do a lot of charity. In Islam it is obligatory for the rich to spend a part of their savings and investment assets on the poor,” Mazin Khan of Charity Alliance tells RFI.

Several Muslim charities and other voluntary organisations are helping India's poor under the nationwide lockdown.

As of Sunday 26 April, the death toll from the virus had reached 826 and the number of positive cases surpassed 26,000.

“Feeding the poor, to start and break their fast is considered a highly rewarding charity. The lockdown has eliminated the scope of arranging mass fast breaking functions (called iftar parties) so mostly dry food is being supplied to the poor,” adds Khan.

Soup kitchens have also surfaced trying to ensure that people do not go to bed hungry.

“One has to give back to society. And this is a fulfilling way to help change people's lives,” Saif Ullah Khan, a rugby coach and player says.

This is the first time that India's Muslims observe Ramadan confined to their homes. The lockdown has been difficult and disorienting for them and many are still unable to process how a virus could so dramatically upend their lives.