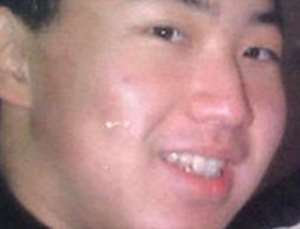 Illness can often fall into the category of the obsessive, becoming a sport for mugs, sufferers and observers alike. The following often feature: the hypochondriac, the speculator of disease, the gossip about how far gone a person is who has contracted something or rather. When it comes to tyrants, such speculation becomes a thrill of sorts, with rich lashings of Schadenfreude. Rome’s notorious consul Lucius Cornelius Sulla and despot of the Republic was one who perished to phthiriasis, that lousy disease of antiquity characterised by stubborn lice, lesions, itching and death. His demise brought cheers from Pausanias, while Pliny thought Sulla’s victims more fortunate than him, whose “body ate itself away and bred its own torments”.

North Korea’s Kim Jong-un was never one to be accused of fitness. Fleshed over, looking every bit the glutton, he has been facing the doctors as a prisoner does the firing squad. Recent rumours of his ill-health have seen much column space dedicated to pseudo-medical commentary, marked by voyeuristic relish. The North Korean leader, according to the New York Post, “weighs about as much as the average-size sumo wrestler, smokes like a chimney and comes from a family with a history of heart disease, high blood pressure and diabetes.”

Aside from the tabloid titterers, North Korea watchers have been casting their eye in the direction of Kim’s health for a time. At stages, the material is comical – again, disease and physical constitution as obsession. Take Anna Fifield of the Washington Post, who states, with self-satisfied precision, that the leader is five feet, seven inches tall, weighing about three hundred bounds, with a body mass index of 45 – “extremely obese”, she reminds us. Her book, The Great Successor, details those wearying moments of ill-health: the fact that Kim was “huffing and puffing” relative to his South Korean counterpart as they shovelled “dirt onto the base of a pine tree during their first meeting”; that at the age of 30, he vanished for six weeks “apparently the consequence of severe gout, and returned with a walking stick.”

This month, Daily NK, based in Seoul, reported that Kim had undergone a cardiovascular procedure and “continues to recuperate form the procedure at a villa outside Pyongyang”. It did not have much to go on, but drawing drops of blood out of hard stone is something of a specialty for students of North Korean power. Readers were still thrown a morsel or two to consume. Kim had, for instance, undergone heart surgery at Hyang San Hospital, a procedure undertaken by a doctor from Kim Man Yoo Hospital. “In a phone call with the source on April 22, Daily NK learned that Hyang San Hospital was designated for the exclusive use of the Kim family in 2014 after the North Korean leader began suffering from ‘medical issues’.”

The area had appealing geographical features, being away from the conspicuousness of Pyongyang. It also had sentimental value, with father Kim Jong-il having built the hospital in the wake of his own father’s death. (Kim Il-sung had fallen gravely ill at Hyang San Villa in 1994, dying there of a “severe myocardial infarction along with a heart attack” after being stranded by heavy rains.) The hospital itself, according to the source Daily NK loves to milk, does not want for anything, equipped with the best from Germany and Japan, with the doctors being “the best of the best even though they live in Hyang San”.

Now, the delightful plump despot is being fussed over with degrees of venom and curiosity. Will be fall victim to a team of too many doctors? The People’s Republic of China have sent a team to the DPRK to advise on the situation, including a senior member of the Chinese Communist Party’s International Liaison Department.

With enthusiasm, CNN flung itself into the rumour mill. Last Tuesday, the network’s chief national security correspondent Jim Sciutto had received news from a US official claiming that Kim’s “health is in grave danger following a surgery”. The BBC’s Laura Bicker preferred to go to South Korean sources instead, and found little to fuss about. “An official from the presidential office in Seoul has said that there are no particular signs or developments within North Korea amid reports that Kim Jong-un is seriously ill after heart surgery.”

The Sun, Rupert Murdoch’s attack dog in the British press, shows no such reserve. “North Korean dictator Kim Jong-un is in a vegetative state, according to unverified reports.” One of those is drawn from Japanese newspaper Shukan Gendai, not a source you would expect Sun reporters to consult. But all of these pale before the social media swirl that Kim is already somewhere in totalitarian paradise, with Hong Kong Satellite Television’s vice-director Shijian Xingzou claiming that he is dead.

The Kim story, if it could be called that, also has the addition of a ruthless female annex, sexed up in the analysis and given the Lady Macbeth flourish. Kim Yo-jong, over whom tabloids masticate over, is already being appointed successor by press outlets. And my does she promise to be vicious. The Daily Mail, never one to disappoint in matters macabre and shallow, is already wondering what will happen if she were to occupy the position of her brother. “Kim Yo-jong could be even more ruthless than her brother has been in his eight year rule, experts warn.” Attempting to coat the claims with a varnishing of professionalism, the good Mail drew on the “totalitarian” expertise of Professor Natasha Lindstaedt. “I don’t believe that her being a woman will weaken her position if she takes over as leader.” Illuminating stuff.

Other news agencies of sober calm, such as Reuters, have been cautious to the point of being tedious. Their approach: Wait and see. “Reuters was unable to immediately determine what the trip by the Chinese medical team signalled in terms of Kim’s health.” How dull.

Feature Article
Powered By Modern Ghana
Kwame Nkrumah, Lawmakers, And The Absent Father Syndrome
H.E. Nana Akufo-Addo Why Did You Sit On Depositors' Money Till Many Of Them Suffered And Died Before Paying?
"The Rich Will Continue To Be Richer, And The Poor, Poorer" - Reality Or Myth?
The Limits Of Bullionvanism As An Effective Political Strategy
21st September: We can make the Black Star shine
Otumfuo couldn’t have said it any better: Mahama must show remorse for his errors in judgement!
Witch Persecution And Atheism In Malawi
We Don’t Need To Celebrate Nkrumah, What We Need To Do Is To Practice Nkrumah!
Nkrumah Never Dies
COVID-19 Updates Live Dashboard
TOP STORIES

GHS Beg Striking Nurses To Consider COVID And Return To Work...
56 minutes ago