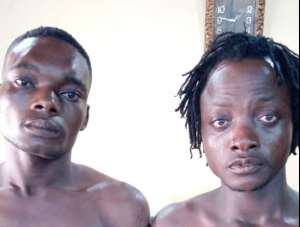 Two suspected armed robbers have been arrested for allegedly attacking a lady with a knife at Awudome, a suburb of Accra.

According to a police statement, the robbers attacked her during the early hours of Saturday, April 25.

The robbers, according to the police statement, attempted to take the victim’s phone and money but she shouted for help leading to the arrest of the robbers.

The robbers, James Annan and Ebenezer Torto are currently in police custody and will soon be put before court. 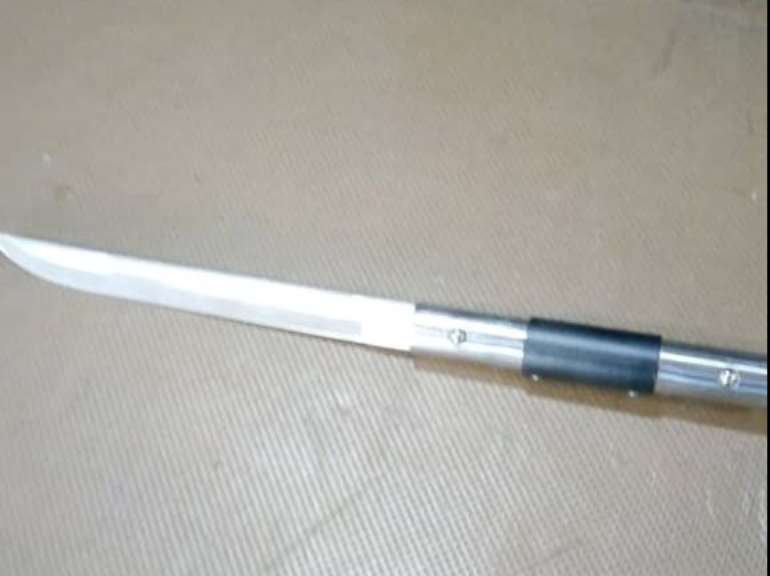 A lady was on her way to work and on reaching St. Theresa Catholic Church at Awudome, suspects James Annan and Ebenezer Torto on a blue royal motorbike with registration number m- 20- great 9695 suddenly stopped and the pillion rider Ebenezer Torto pulled a sharp knife on her demanding for her phone and money. In an attempt to run for her life, she fell and suspect attacked her on the ground.

Luck eluded them when the complainant shouted for help and the suspects were arrested and brought to the station.

Suspects James Annan and Ebenezer Torto are in police custody with the blue royal motorbike impounded and sharp knife retrieved.

The lady, however, sustained some bodily injuries. They shall be processed for court soon.