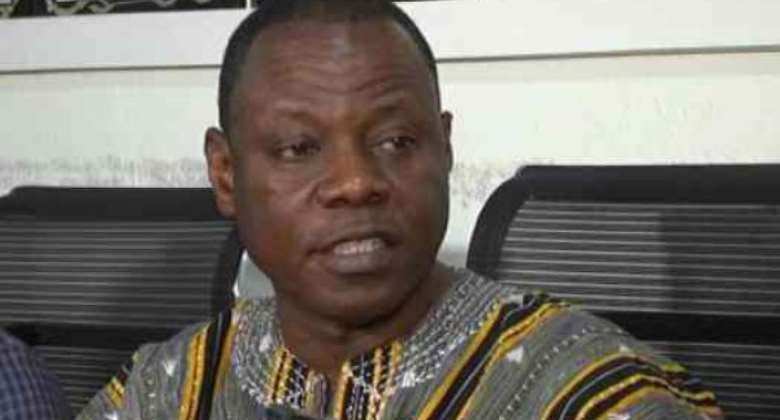 Dr Patrick Kuma-Aboagye, the Director General of the Ghana Health Service, has called on the public to take charge of their health and that of their families by observing the precautionary protocols of malaria just as COVID-19.

He said in other to reduce the number of deaths, it was important people observed the protocols by sleeping under an insecticide treated net and test and confirm the incidence malaria in their bloodstreams before they take any artemether-lumefantrine (ACT).

Dr Aboagye said pregnant women were to take all recommended doses of Sulfadoxine/pyrimethamine (SP) to keep themselves and unborn babies safe from malaria and also comply with malaria treatment as prescribed he said.

This was contained in a statement issued in Accra by the Ghana Health Service (GHS) and copied to the Ghana News Agency (GNA) in commemoration of the 2020 World Malaria Day.

The theme; “Zero Malaria Starts with Me”, is a movement dedicated to driving action and making change, and this starts with each and every one.

The 2020, World Malaria Day highlights, recognizes and revitalizes the involvement of high burden countries in Africa, Ghana inclusive, which collectively account for approximately 70 per cent of the global malaria burden.

World Malaria Day (WMD) is commemorated every year on 25th April to recognize global efforts to control malaria. Globally, 3.3 billion people in 106 countries are at risk of malaria.

Since 2008, this day has been commemorated with emphasis on various themes assigned by the Roll Back Malaria Partnership to End Malaria (RBM) & The World Health Organization (WHO).

Ghana between January and March, 2020, has recorded a total of 1,001,070 malaria cases in the country more than half of the 2,346,677 suspected cases tested, the Ghana Health Service (GHS) has stated.

With the involvement and commitment of political decision-makers, the private sector, civil society, the academic community and the public, World Malaria Day 2020 rejuvenates malaria control and elimination efforts across the globe, it said.

The statement said the "Zero Malaria Starts with Me" was officially launched in Ghana last year by the First Lady, Mrs Rebecca Akuffo Addo.

“In Ghana, we are working to build political will, ensure efficient use of existing resources, increase private sector support and boost media engagement in order to kick start the decade that will end malaria in Africa.”

Ghana, over the years has made considerable gains in the fight against malaria. Using the targets set in the National Strategic Plan (2014-2020) of reducing morbidity and mortality by 75 per cent by 2020 with 2012 as baseline.

“So almost every suspected case seen at the health facilities are tested to confirm if it is malaria before being treated,” it said.

The statement said millions of Ghanaians have been reached with effective life-saving tools such as long lasting insecticide treated nets, indoor residual spraying and preventive antimalarials.

It said working together with funding and implementing partners, civil society organizations and communities has led to increased access to malaria prevention, diagnosis and treatment.

It said in the wake of the COVID-19 pandemic, it is possible to lose sight of the deadly malaria disease and the gains made over the years both individually and collectively to protect ourselves and risk reversing hard-won progress in the malaria fight.

However, it is equally important to sustain the efforts made by the Ghana Health Service and its partners to advance efforts made to prevent, detect and treat malaria.

Over the past few months, the world has been hit with the COVID-19 pandemic, including Ghana which reported its first two cases on 12 March 2020.

Since then, the country has recorded 1,279 cases, with over 134 recoveries and 10 deaths as at the last update.

This is an infectious disease caused by the most recently discovered SAR-COV-2. Until its outbreak in Wuhan China in December 2019, this strain of the virus was unknown.

The COVID-19 pandemic as reported by WHO, is testing the resilience of our health systems; adding to the heavy toll malaria exacts on the population. Additionally, COVID-19 underscores the critical importance of having strong surveillance and health care systems to effectively address existing infectious diseases like malaria.

Hottest Photo Reports
Catch up with all the political quotes from our politicians.
Advertise here
More Health
ModernGhana Links
COVID-19: GHS advises against opening of land borders in 2022 1st quarter
Denmark supports Ghana with 2.1 million covid-19 vaccines
Ghana not recorded community transmission of Omicron variant yet – Dr. Kuma-Aboagye
Covid-19: Vaccines should work against Omicron variant — WHO
Dome Kwabenya Constituency gets NHIS Office
Everybody is vulnerable to HIV infection — HIV Ambassador warns
Chamber of Pharmacy rolls out 5 year strategic plan
COVID-19: Travelers who test positive will still go through isolation – Dr. Nsiah-Asare
Covid: It will be excellent to vaccinate 80% of the population before Christmas — GMA
TOP STORIES