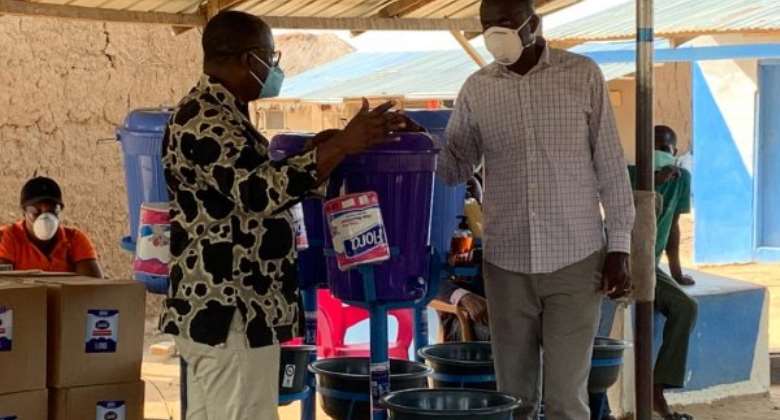 The items are to augment their supplies to fight against the spread of COVID-19 pandemic and enable them to work hard to contribute to the growth of the economy.

Mr Osei Owusu-Agyeman, the Project Coordinator of the GCAP, presented the items to Mr Richard Collins Arku, the District Chief Executive of North Tongu District of the Volta Region who subsequently gave it to the community leaders.

Each of the project zone of influence communities were given a washing stand and it accessories, facemask, as well as alcohol based sanitizer, which was valued at about GH¢200,000.00.

The 35-million dollar World Bank funded project called the Kpong Left Bank Irrigation Project is being implemented under the Ghana Commercial Agriculture Project (GCAP) of the Ministry of Food and Agriculture (MoFA) and would make available about 2000 hectares of land under irrigation to large and smallholder farmers to crop, maize and vegetables.

He said aside from the donation, GCAP is working with relevant organizations and would commence an intensive COVID-19 educational campaign designed specifically for farmers to ensure their safety.

“The intention of extending this support is to build their confidence, allay fears and get them healthy as we approach the completion of this project so they will be able to benefit fully and also justify the investment made,” he said.

He said the COVID-19 was real and has killed many people, which had adversely affected all sectors globally, especially health and economy.

Mr Arku advised the public to adhere to the preventive measures outlined by health experts.

He said measures such as the washing of hands with soap under running water, observing of social distancing, no shaking of hands among others could help prevent the spread of the virus.