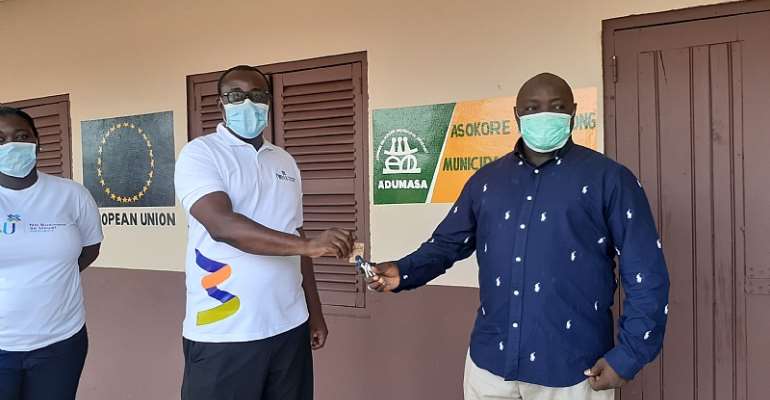 A three-unit classroom block has been reconstructed at the Akurem M/A primary, Asokore Mampong Municipal, Kumasi.

The blocks, were on the verge of collapsing when the No Business as Usual Project (NBU), an European-union offshoot, came to its aid.

"Many of the schools need help, the blocks were unbearable for the kids. Hence, our decision to alleviate the structures from its deplorable state. — Atleast, they have a conducive classroom to study," Mr. Benard Amoako, Director SOS Children Village's, Kumasi, explains.

The Municipal Chief Executive, Mr. Alidu Seidu, applauds the NGO's efforts as it has become necessary to the developments of the Municipal and its environs, creating employment and improving lives.

He assured an effective usage and maintenance of the facility.

The renovated classrooms were among three tangible developmental projects (two ongoing) by the NBU in the Asokore Mampong Assembly. It includes the construction of a footbridge, Sawaba and a mechanised borehole at New Zongo.