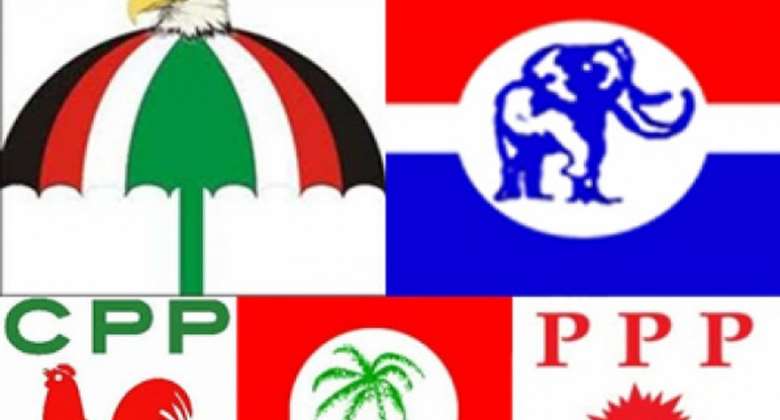 There is this folklore about the ancient Goka people my mum told me.

It's a narration that encourages togetherness, oneness, and unity, for a common purpose. Apparently, the lore would forbid divisiveness if modern Goka would relive the ancient beautiful Goka, the pilgrim's pride. By inference, it's a lesson to students of Nation Builders.

The narration goes as two sons of once great King who took their bedridden father to a healer. To save the life of this rich great king, the only needed ingredients for the magic wand potion is a living partridge that's still sitting on her unhatched eggs. That partridge only lives in the evil forest, a short distance from the place of the healer.

Braving the fearful stories heard about the evil forest, taking it as a less evil if the lions there should eat them, the pythons who swallow full grown men do not spare them, and the monkeys that could kidnap you and crown you their King; the two boys feared the death of their father than as fiercely warned the calamity awaits them.

Armed with their swords they entered the evil forest. As heavens guide the fruits of kings, it was as if a sleeping spell has been unleashed on all the dreadful inhabitants of the evil forest, nothing did them harm till they saw the sacred partridge caught hold by her unhatched eggs.

Logic would suggest they scoop the bird and its eggs with speed, judging by the important duty it's going to fulfill.

But no, the senior among the boys suggested they combat amongst themselves for superiority. Who defeats the other should be welcomed home as the hero who saved the father's, the king's life, and to translate as the heir apparent, the successor to the throne.

Not against the feared beasts in the evil forest they used their swords, against their own flesh, the two brothers fought till they fell on the partridge, killed it, and the eggs crushed.

It was then their folly fell on their eyes like scales.

They in anxiety, separated without a third party's presence, the elder one picked the dead partridge, and the younger on picked the crushed eggs.

When they reached the healer, the two boys were told it was a life bird and unbroken eggs needed for the healing process, not carcass and shells.

It didn't take long, the king had his last breath, he turned to the wall. And was pronounced as journeyed to the ancestors, dead.

The father didn't bless his successor before dying. The throne is not having such a history, so therefore, the two boys lose on the inheritance line. The throne goes to the father's brother and his progeny.

Today, the infamous story of the two boys in my native Goka rears its ugly head again in Ghana's divisive partisan politics in times of pandemic, when the heavens are limiting the numbers of the citizens who are dying of Coronavirus, Covid-19.

The student of Ghana's politics will learn that incumbency advantage is given a respected place when needed personal effects and lifesaving materials are to reach the needy, the vulnerable.

The nemesis retributive nature of our latter day polity means the biggest opposition party would not be given ears if they counsel the presidency the needful thing to do. That's when the "needful" is not a Trojan horse sent to lay siege for future annihilation.

It's then pity and mortifying to me as the leader of *The One Ghana Movement (1GhM)*, learning from the leader of the biggest opposition party, President Mahama, with pessimism, questioning the genuineness of President Akuffo Addo in his resolve to lift the lockdown measures. With a retributive connotations, the flagbearer of the biggest opposition party in his Facebook broadcast seemingly counseled the president "not to do what will maliciously kill the beautiful souls of Ghanaians" (sic).

I asked myself then: "who a president will think like this?".

This is the current state of our nation, the once beautiful Ghana. Partisan politics is reducing us to a ravenous beasts whose only care is the self, parochialism, without any care to the ramifications to the means that achieves such inordinate ambitions.

If our arsenals are going to be used this way fighting an enemy that's not visible to the eyes, then I'm afraid, let's ceasefire and pronounce victory for Covid-19. A divided military front with the common Ghanaians as cannon fodders is not prepared enough to battle this disease that's bringing on its needs the giants in Europe and America, and its birthplace, China and Asia.

It's a clarion call the *One Ghana Movement* is making to the Ghanaian populace that: let you not be led to the muddy gutters of the harming partisan politics of our republic. Now is the time we collate our armoury for a common purpose. We're using our individual talents to serve Mother Ghana in times she's bedridden. Whatever way your capacity will celebrate you, fulfill that duty, and when victory become Ghana's, your name would be etched in gold when the new Ghana history book post Covid-19 is documented.