Land Guards In Gunfight With Land Owners At Dodowa Forest 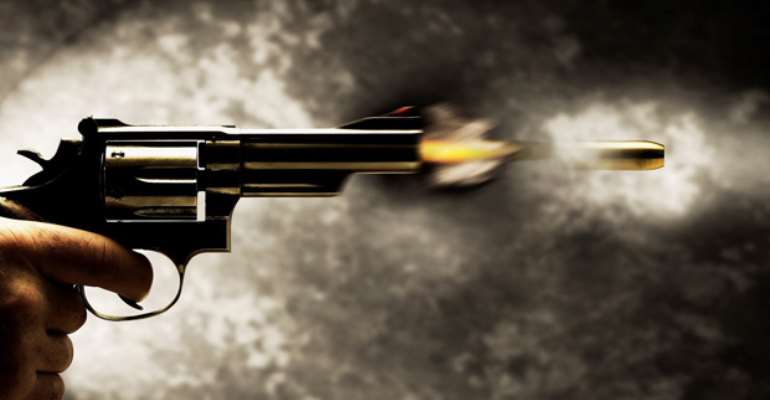 There was a bloody clash at the Dodowa Forest in the Greater Accra Region following a gunfight that ensued between supposed land guards and landowners.

The fierce give-and-take exchange led to several injuries, as some of the victims sustained both guns and machete wounds.

Information available to DAILY GUIDE indicates that land guards stormed the area and attacked an indigene, leading to the fierce gunfight.

After being attacked by the hoodlums, the victim, in retaliation, reportedly went to the Dodowa town to mobilize some of the energetic youth, and besieged the Dodowa Forest to push them back.

In the process, a sleek Mercedes Benz belonging to an indigene was set on fire and the Ghana National Fire Service had to be called in to douse the flame.

The police and national security operatives swiftly intervened and apprehended some of the suspects in the bush.

Confirming the incident to DAILY GUIDE, the Deputy Superintendent of Police (DSP), Harrison Katso, Commander of the Dodowa District Police Headquarters, said the police had initiated investigation into the matter and invited all those involved in the criminal act.

Meanwhile, the chiefs and people of Dodowa have served notice that they will protect themselves if the security agencies continually fail to protect them from the harassment of criminals.

The residents said they were fed up with the terror being unleashed on them. Besides, they claimed that the perpetrators who were arrested in the past were released from police custody, and that had emboldened them to continue to indulge in such unlawful acts.

The Chief of Dodowa, Nene Agyeman Teye-Kwesi Okukurubuor, at a press conference yesterday, said some residents had fled their homes due to the activities of the land guards.