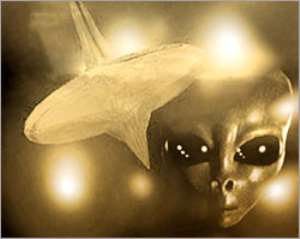 A website warning of a tsunami has spread panic in Morocco, despite the government's assertion that the alert was merely rumour - and the dubious nature of its source.

The Ufological Research Centre said on its website last week that a tsunami could hit the Atlantic after a comet passes close to earth on Thursday, May 25.

Eric Julien, author of La Science Des Extraterrestres (Science of Aliens), claimed that the impact of a comet fragment would trigger powerful volcanoes in the Atlantic and generate a giant tsunami that would be destructive across the coasts of several countries, including Morocco.

Julien, who claimed to have received the information psychically, said that waves up to 200 metres high will reach coastlines of countries bordering the Atlantic.

The alert caused fear and panic among Moroccan citizens, though the Moroccan meteorological office dismissed it on Monday as insignificant.

The Moroccan news agency MAP quoted Mustafa Janah, the head of the Meteorological Office, as saying the comet would pass earth at a distance of about 10 million kilometres.

Citing the US space agency, Nasa, he ruled out any risk of a tsunami in the Atlantic Ocean.

Janah also said that "the Ufological Research Centre does not have technical means" to observe this kind of phenomenon.

But despite all the assurances, many Moroccan coastal residents have abandoned their homes and moved to higher ground, anxiously awaiting May 25.

Memories remain of the tsunami that hit Asia in 2004 and left up to 232,000 people dead or missing across large parts of the continent.

Less well known, however, is the track record of Eric Julien who, according to the Morocco Times, claimed in May 2004 to have been abducted by aliens who wanted to teach him to drive UFOs.

An article purporting to be Eric Julien's warning is available here - http://exodus2006.com/cometfrags/Eric-Julien-25-MAY.htm - under a banner for the "Exopolitics Institute, political analysis and activism in extraterrestrial affairs".

Less sensational information and news about the comet is provided here - http://www.physorg.com/news67263241.html - in an article on PhysOrg.com from May 19.