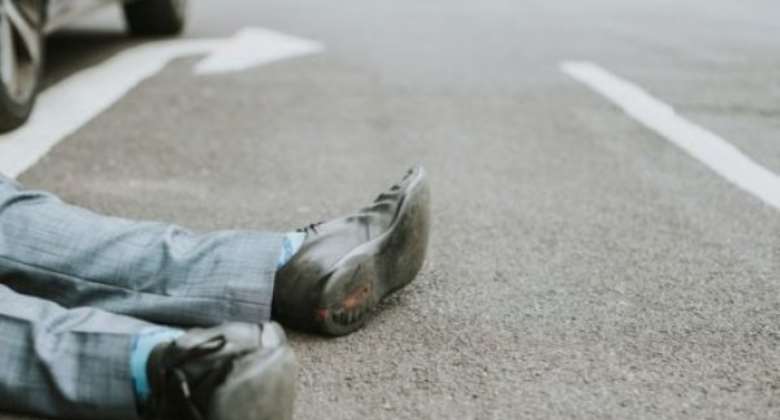 The deceased, 20-year-old Kofi Adobia was riding an unregistered Haojin motorbike with Prince Ansah as the pillion rider when the accident happened on Monday at about 1830 hours.

Ansah, 18, who sustained various degrees of injury was quickly transported to the Enchi Government Hospital where he is currently on admission and receiving treatment.

The body of the deceased, which was deposited at the same facility morgue, has been released to the family for burial after a postmortem.

Assistant Commissioner of Police (ACP) Henry Bacho, Divisional Commander of Enchi who confirmed the story to the Ghana News Agency (GNA), said on April 20, 2020, the police had information that the deceased and the pillion rider were riding from Kwahu towards Enchi.

He said when they reached Bonokrom junction between Samreboi and Bonokese interchange, the Kia truck which was driven by Kwame Nzuwa, 43, bumped the two which resulted in the death of Adobia while Ansah survived with injuries.

ACP Bacho said the suspected driver fled from the accident scene but was apprehended the following day by the police at Asankragua and has been granted bail to assist investigations.

According to the Divisional Commander, the father of the deceased later went to the Enchi police station and identified the victim as his son.