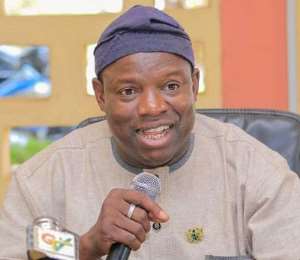 The Northern Regional Minister, Salifu Saeed has said the Guineans who tested positive for Covid-19 at the Tamale Teaching Hospital in Tamale in the Northern region will be handed over to the Guinean Embassy in Accra.

He indicated that the four Guineans who tested negative after the second test will be handled by the embassy whiles the 3 who tested positive will be referred to a health facility in Accra until they recover.

According to the minister, the Guineans cannot be repatriated to their country due to the border closure.

“ Even though some of them have tested negative now , they can't leave the country even their own mother country have put in measures not to allow them in and out so it's a challenge we are working around to find lasting solution.”

The seven Guineans who tested positive for Covid-19 at the Tamale Teaching Hospital in the Northern region threatened to leave the hotel where they are being quarantined.

They claimed they have not contracted the Covid-19 virus as speculated.

When DGN Online, visited the hotel, the Guineans were seen with their luggage in front of the hotel shouting on top of their voices.

They accused authorities for holding them due to the financial benefits that come with the Covid-19 virus pandemic.

A joint police and military officers have since taken over the hotel to restore calm.

Eight Guineans and two Burkinabes tested positive for Covid-19 in the Northern region.

The patients traveled from Burkina Faso and Togo respectively through unapproved routes into Ghana.

They then lodged at a hotel in Tamale for a couple of days before two of them were picked following a tip-off by residents.

The Northern Regional Minister, Salifu Saeed has said samples of the patients were sent to the Komfo Anokye Teaching Hospital (KATH) and the results came back positive.

Meanwhile, one of the Guinean covid-19 patients, a lady who tested positive in Tamale has reportedly escaped.

There is currently a manhunt by the security to arrest her after she scaled the wall of the guesthouse being used as a quarantine center.