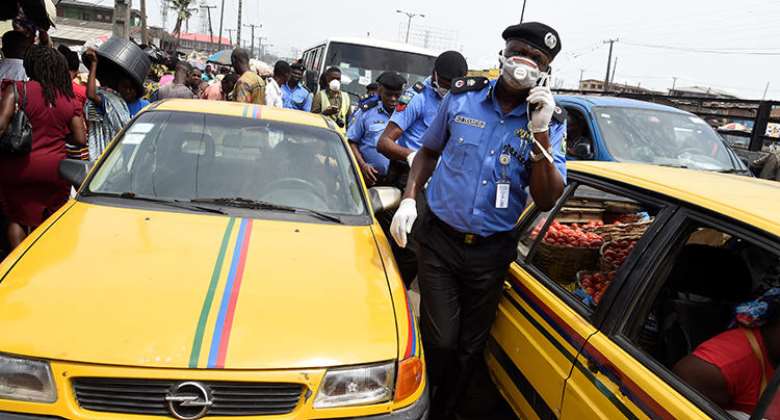 On April 18, police in Abakaliki, the capital of Nigeria's southeastern Ebonyi State, arrested Agwu, a correspondent with the privately-owned The Sun newspaper, and held him for more than nine hours, he told CPJ in a phone interview.

In a separate incident on April 21, police in Ebonyi arrested Okutu, a reporter with the privately owned Vanguard newspaper, and held him for about two hours, he told CPJ via phone.

In both cases, the authorities released each journalist without charge, they said.

“Journalists in Nigeria must be free to report on topics of public interest, and must not be harassed, detained, and obstructed by local authorities,” said Angela Quintal, CPJ's Africa program coordinator, in New York. “Amid the ongoing pandemic, Nigerian authorities must stop attacking the press and focus on ensuring the public has unfettered access to information.”

Police arrested Agwu at the state government house, where he had arrived to cover a government press conference on the state's COVID-19 response, according to news reports.

After the conference concluded, Umahi ordered Agwu be brought into a meeting room, where the governor accused him of publishing “false and damaging” information that violated Section 35 of Ebonyi's new state law on COVID-19 and other infectious diseases and ordered the journalist to be taken to the command station of the state police, Agwu told CPJ.

Police brought Agwu to the station, where they held him until about 10 p.m. and then released him without charge, saying he had been “pardoned,” he said.

CPJ asked to see a copy of Ebonyi's state law on COVID-19 from Francis Nwaze, a spokesperson for the governor, but he told CPJ via phone that he could only provide the text of the law if formally requested via email. CPJ emailed Nwaze to request the law, but he did not respond. He also declined to comment on Agwu's case.

Cletus Nwokoro Ofoke, the Ebonyi attorney general, told CPJ by phone that he could only speak about the law in person.

In the April 21 incident, police arrested Okutu at the Woodberry Hotel in Abakaliki and brought him to the command station, he said.

Okutu was arrested on the orders of Clement Odah, the chairman of the Local Government Council of Ohaukwu, a town in Ebonyi, who questioned him at the station, he said. Okutu told CPJ that Odah disputed his recent reporting on military activity in the state, saying that his reporting was false and questioning him about his sources.

Okutu said police released him without charge after about two hours and asked him to report to the local station on April 22, but said he decided not to go after being advised by colleagues that he may be arrested again.

Okutu also told CPJ that his wife has received threatening anonymous phone calls telling her to warn her husband to stop reporting on Umahi's activities. CPJ could not confirm a connection between Okutu's arrest and the threatening calls.

Contacted by CPJ on April 22 via phone call and text message, Odah declined to comment, saying he “does not talk to journalists.”

CPJ called and messaged Nwaze for further comment on both cases on April 22, but he did not respond.