By Paul HANDLEY, with Anuj CHOPRA in Riyadh 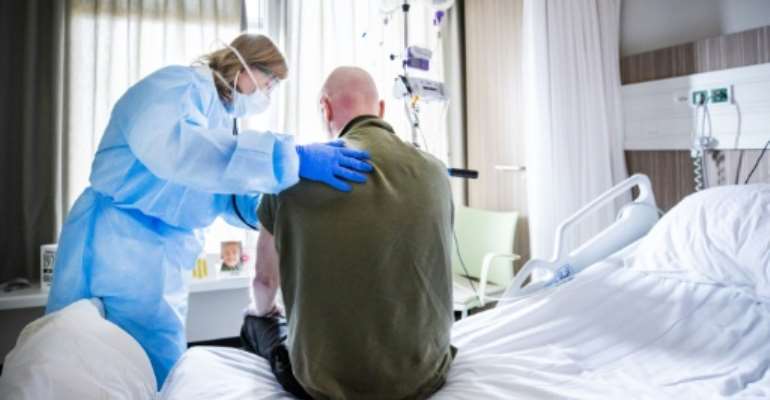 The race is on around the world to develop a vaccine, with the University of Oxford launching a human trial, while Germany announced similar trials will start by next week. By Remko DE WAAL (ANP/AFP)

The United Nations on Friday launched a global push for a coronavirus vaccine as President Donald Trump triggered an uproar by suggesting patients be treated with disinfectant and the US death toll passed 50,000.

Across the Muslim world, hundreds of millions of faithful opened the Ramadan holy month under stay-at-home conditions, facing bans on prayers in mosques and on the traditional large gatherings of families and friends to break the daily fast. 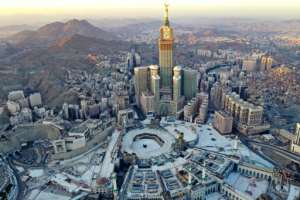 "We face a global public enemy like no other," Guterres said. "A world free of COVID-19 requires the most massive public health effort in history."

The UN chief's appeal came a day after the US president prompted an outcry with his suggestion that industrial cleansers could be used internally by humans to fight the infection.

"Is there a way we can do something like that, by injection inside or almost a cleaning?" Trump mused during a televised briefing. "It sounds interesting to me."

As experts -- and disinfectant manufacturers -- rushed to caution against any such dangerous experiment, the president tried to walk back his comments claiming he had been speaking "sarcastically." 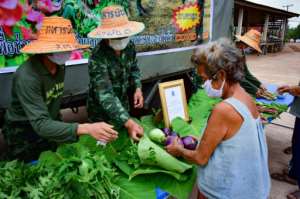 Confirmed coronavirus cases hit 2.77 million worldwide Friday, with deaths 193,930 -- more than a quarter of which are in the United States, the country hardest hit.

New reported cases seem to have leveled off at about 80,000 a day, as distancing measures have taken root and the daily death toll in Western countries appeared to be falling -- a sign hopeful epidemiologists have been looking for.

Yet other nations are still in the early stages of the fight and the World Health organization has warned strict measures should remain in place.

New cases were accelerating in countries with low testing or late and limited mitigation like Russia, Sudan, Somalia, Nigeria, Maldives, and Guatemala.

In Geneva the WHO hosted a virtual conference on global cooperation to develop a vaccine, together with French President Emmanuel Macron, Germany's Angela Merkel, the wealthy Gates Foundation and GAVI, the global vaccine alliance.

"The world needs the development, production and equitable delivery of safe and effective COVID-19 vaccines, therapeutics and diagnostics," Guterres said.

"Not a vaccine or treatments for one country or one region or one-half of the world, but a vaccine and treatment that are affordable, safe, effective, easily-administered and universally available, for everyone, everywhere," he said.

Notably absent from the group were leaders of China, where the virus surfaced, and the United States, which has accused the WHO of not warning the world quickly enough about the original outbreak in China. 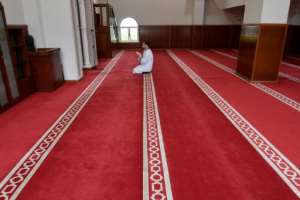 The pandemic put a damper on the opening of Ramadan, during which Muslims around the world pass the daylight hours fasting and then, after evening prayer, dining with families and friends.

In the Saudi holy city of Mecca, the Grand Mosque, usually packed with tens of thousands of pilgrims during Ramadan, was deserted as religious authorities suspended the year-round umrah pilgrimage.

But clerics and conservatives in some countries including Bangladesh, Pakistan and Indonesia -- the world's largest Muslim-majority nation -- have pushed back against social distancing rules, refusing to stop gatherings in mosques.

Several thousand people attended evening prayers on Thursday at the biggest mosque in the capital of Indonesia's conservative Aceh province, and there were similar scenes at many sites in Pakistan.

The economic devastation wreaked by the global lockdown is huge, with the world facing its worst downturn since the 1930s Great Depression.

Russia's central bank said its economy would shrink up to six percent this year, hit doubly by the coronavirus and the plunge in oil prices. 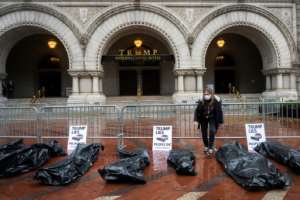 Participants in a "People's Motorcade" stop at the Trump International Hotel to deliver fake body bags during a protest against the administration's response to the COVID-19 pandemic in Washington, DC. By ANDREW CABALLERO-REYNOLDS (AFP)

In the United States, the Congressional Budget Office forecast GDP will contract by 12 percent in the April-June quarter and the federal deficit, due to massive stimulus spending, will explode to $3.7 trillion in 2020.

Trump on Friday signed the newest financial support package, $483 billion for small businesses on the brink of bankruptcy and hard-pressed hospitals.

Across the United States individual state leaders were weighing whether to start gradually lift lockdown measures.

But the governor of Georgia was under attack for going so far as to declare a wide range of businesses where social distancing is difficult, like gyms, hair salons and tattoo parlors, able to open.

"If I don't cut hair I don't make money," said mask-wearing Atlanta barber Chris Edwards, as he trimmed the hair of an unmasked client. "We're being safe, we're being clean, it's all you can do." 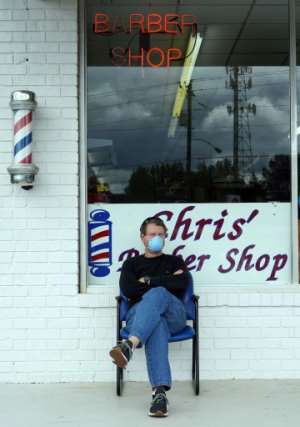 Dan Settle sits outside Chris' Barber Shop as he waits his turn for a haircut in Lilburn, Georgia on April 24, 2020. By Tami Chappell (AFP)

In Europe -- the hardest-hit continent with over half the global number of deaths -- leaders haggled by video conference over their own package that could top one trillion euros, as the European Central Bank chief warned of the risk of "acting too little, too late".

The 27-nation European Union has agreed to ask the bloc's executive arm to come up with a rescue plan by May 6, sources told AFP.

The crucial economic discussions come as parts of Europe slowly loosen restrictions after progress on reducing the number of new infections.

But experts have warned of a possible second wave, and authorities are ramping up their capacity to deal with it in Germany -- where curbs on public life have been eased recently.

Virologist Christian Drosten of Berlin's Charite hospital warned that the coronavirus could return with a "totally different force".