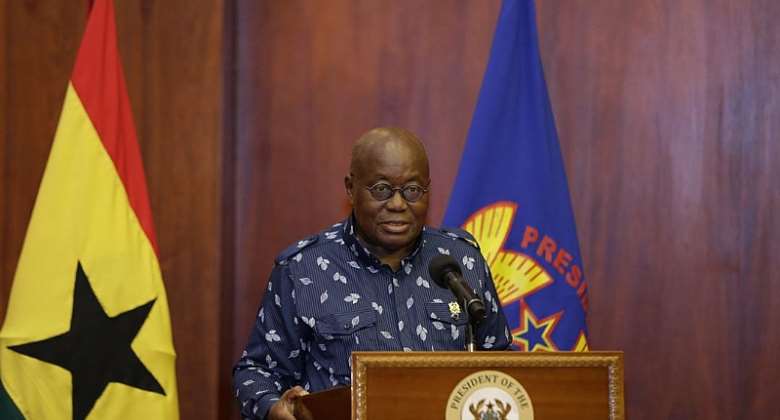 President Akufo-Addo has lauded the media posture in its contribution towards the fight against the COVID-19 pandemic.

He said the media remains an invaluable ally in the fight against the disease since its outbreak in Ghana.

Addressing some leaders of media in Ghana at a meeting on Friday 24th April 2020 at the Jubilee House, President Akufo-Addo expressed satisfaction with the media’s role in helping to educate and inform the general public about the pandemic.

He said the media has also served as vehicles of accountability and ensured that the government and public officials are held accountable for what they do.

“As vehicles of accountability you ensure that the government and public officials are accountable and I'm happy with the way the press has carried itself during this COVID 19,” he said.

While urging the media to continue to ensure more accuracy in their reportage and content, he said misinformation, especially in these times, could lead to difficulty and challenges.

“We can agree on facts when it comes to public discourse especially when misinformation can lead to difficulty and challenges. It is important that the facts stay Accurate,” he added.

The President urged the media owners and regulator to continue to assist the government as partners since they will play a key role in Ghana's post-COVID period.

The Chairman of the National Media Commission, Yaw Boadu Ayeboafo who was also at the meeting and spoke on behalf of the delegation thanked President Akufo-Addo and the government for engaging the media and sharing information on how policies were initiated on the pandemic.

He also appealed to the government to supply the media with PPE and also look into how the media can be supported under small scale enterprises after the COVID-19 pandemic so that they do not collapse.

Other attendees at the meeting include representatives from the Ghana Journalists Association (GJA), The Private Newspaper Publishers Association of Ghana (PRINPAG), the Ghana Independent Broadcasters Association (GIBA), Directors of State-Owned Media and the National Media Commission (NMC).

The idea of getting government support for journalists due to the risk they face in carrying out their work in the wake of the outbreak came up strongly two weeks ago when the government announced some incentives for frontline health workers.

PRINPAG, which has been pushing that idea justified it by saying that journalists face a lot of risk in covering COVID-19 in Ghana hence must be cushioned by the government.

“All media practitioners who have been lending support to the national effort also as front liners in the fight against the spread of the virus and in this sense we expect to be elevated to that status for the purpose in the ensuing argument. Apart from our frontline role in educating the general populace on the dangers associated with COVID-19 and the need to observe critically all the safety measures and protocols most of us have come into direct contact with carriers and Coronavirus patients,” said President of PRINPAG, Edwin Arthur at a press briefing earlier this month.

“Interviewing them as well as doctors who have been treating these patients in all our attempts to bring to our various stakeholders, credible and reliable information on the pandemic. This, we see as a critical duty in line with the constitutional mandate as the fourth estate on the realm. By providing adequate information on the pandemic, thus exposing us to the same risk, our health workers are also exposed to. This being the case, PRINPAG urges the government and corporate institutions, to consider frontline media practitioners in the provision of PPE to enable us to arm ourselves adequately to lend support to other stakeholders in our collective fight against the spread of the virus,” he added.