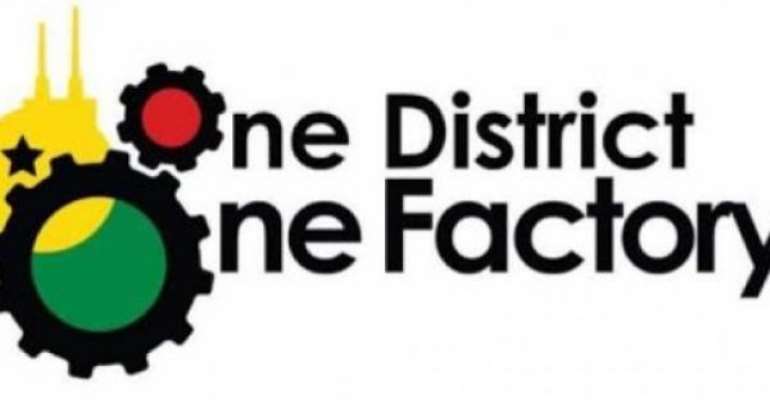 Mrs Josephine Dzotsi, the Volta Regional Director of Ministry of Trade and Industry, has disclosed to the Ghana News Agency in an interview in Ho.

She said Caltech Ventures Limited, which is into the production and processing of cassava into ethanol and carbon dioxide and the Volta Forest Products Company (VFPC), a wood processor, were receiving financial re-engineering and facilitation from government through the Exim Bank to bolster their businesses.

She said six new projects had emerged under the flagship programme and sited at various locations in the Volta and Oti regions, namely, KOP Farms Consultancy Limited, which are into the cultivation and processing of grains at Volo, in the North Tongu District.

Two 1D1F projects, one each in the Ketu South and North Tongu areas are into starch, ethanol and gari processing located at Agbozume and Mepe, respectively.

Mrs Dzotsi said the only factory sited in the Oti region would produce flour, industrial starch and cassava chips at Addo-Nkwanta near Dambai.

She disclosed that some 26 fresh companies were recommended for support and facilitation with five of the projects located in the Oti region.

The projects include; production and processing of agro-food stuffs, aqua culture, assembling of heavy duty machinery and manufacture of cook stoves, pellets and briquettes.

Meanwhile, the National Democratic Congress (NDC) disbelieving any government support for Caltech and the VFPC.

Mr Bright Delali Kugbeadzor, Deputy Volta Regional Communication Director of the NDC, in a News release, had said Caltech and Volta Forest Product factories already existed before the advent of the 1D1F initiative and could not be drafted under the policy.

Mr Thomas Amewu-Duglu, Chief Executive Officer of the VFPC however confirmed to the Ghana News Agency that his outfit was a direct beneficiary of the initiative and was into the production of furniture, door panels, toilet rolls for, which machines had been procured.

He said the factory existed before the Akufo-Addo-led administration but, “we are firmly beneficiaries of the 1D1F scheme. Take it or leave it.”

Mr Kweku Sekyi Cann, Managing Director of Caltech Ventures, said some support from Exim Bank had brought a huge change and turned the fortunes of the Venture.