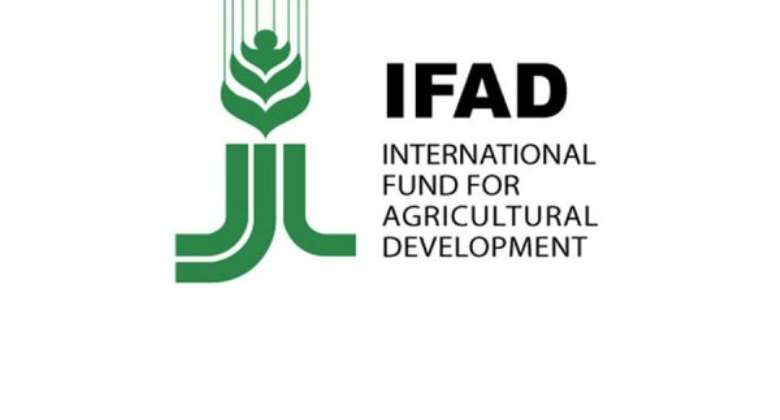 The Minister of Food and Agriculture, who disclosed this stated that the money was meant to boost Ghana's agriculture sector by providing support to farmers and increase the beneficiaries for the Planting for Food and Jobs (PFJ) programme.

Dr Owusu Afriyie Akoto was speaking in Accra during question and answer time at the Meet-the-press series, which was organised by the Ministry of Information.

Dr Afriyie Akoto recounted that government made an emergency request to IFAD for $32 million to support the nation's farmers to increase PFJs beneficiaries.

He said the Fund's initial response was to give Ghana $20 million and then the rest of it, would subsequently follow.

Dr Afriyie Akoto said this was because the Fund realized that there was an opportunity to strengthen Ghana's food security basis by giving opportunity to more farmers to benefit from PFJ.

He said it was to ensure the nation's food security and even that of West African; because Ghana was contributing by exporting foodstuffs to the sub-region.

He said the Government through its exclusive budgetary allocation was able to grow the numbers of beneficiaries of the PFJ programme from the initial 200,002 in 2017 to 1.2 million farmers in 2019; stating that “this year because of limits of the budget, we are keeping the beneficiaries at 1.2”.

“So, we need support from outside the Government budget to be able to expand our programme and this is why we are appealing to our development partners to come and assist us,” the Minister said.

“So, this money is meant to expand the programme beyond the pocket of the Government of Ghana to reach more farmers; so we can get more surpluses into this country.”

PFJ is a Government of Ghana designed and implemented programme to promote growth in food production and create jobs across the country.

IFAD is an international financial institution and a specialised agency of the United Nations that works to address poverty and hunger in rural areas of developing countries.

Your attack on our 'cease and desist' letter strains free ex...
37 minutes ago