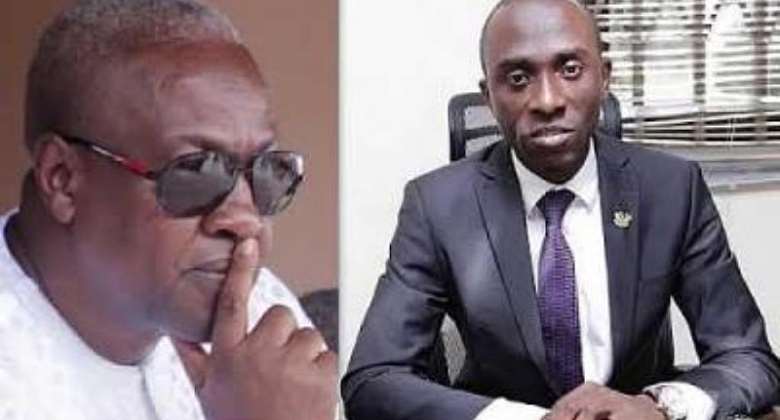 The Director of Communications at Ghana Gas, Mr. Ernest Kofi Owusu Bempah has chided former President John Mahama for calling on the Social Security and National Insurance Trust (SSNIT) to use part of its fund to support contributors to ease the COVID-19-induced hardships.

According to him, Mr. Mahama’s suggestion is an affront to the law that established the SSNIT Fund and therefore cannot be considered.

Mr. Mahama, speaking during his maiden digital conversation, said SSNIT contributions are not only meant for pensioners but also works as a form of insurance to cushion members from difficult times such as COVID-19.

“Social security contributions are essentially an insurance scheme made not just for pensions in old age before we die. They are also made to help contributors in times of adversities such as this. Not all will come out and queue for food, but as has been done in other countries like St. Lucia, I think a token payment to all contributors of a certain token sum over three months would have afforded many the assurance of feeding their families during this abnormal times,” he said.

But the Director of Communications at Ghana Gas believes the call by the former President is hypocritical because the NDC rejected government’s attempt to use the Heritage Fund for the same purpose.

Mr. Bempah indicated that even if Mahama’s suggestion is considered, it’s impact on the general population will be minimal because majority of Ghanaians are not SSNIT contributors.

“Is Mahama not aware that near 75% of the Ghanaian populace do not contribute to SSNIT and therefore cannot enjoy same even if his suggestion should be considered?

The Director of Communications urged Ghanaians to ignore Mr. Mahama’s call because he is desperate to rule Ghana again.

I have always known John Mahama to be the bloodiest desperado in our political space but watching him take his shenanigans to dizzy height on his so-called digital interaction with social media followers last night makes me feel like the man is gone with the wind.

The man simply danced naked in front of the intelligent public. Indeed, the unintelligibility of Mahama's political commentary on the COVID-19 pandemic, and the incalculable pains they could inflict on our nation is very concerning.

How can a former President with his head properly placed come up with such a hollow suggestion with regards to the use of SSNIT payment as a bail out to private teachers?

Is Mahama not aware that near 75% of the Ghanaian populace do not contribute to SSNIT and therefore cannot enjoy same even if his suggestion should be considered?

How can you even suggest that people in the informal sector who do not contribute to the scheme should be supported with funds accumulated through the 17.5% deductible and 11%. real allocation?

What impact would this even make?
Again, is this not the same Mahama who said there is no money to pay nursing trainees and teacher trainees when he was president? Didn't he cancel training allowances?

In any case, what measures did Mahama put in place to prevent the death of over 200 Ghanaians to cholera in 2014? A man who couldn't manage even a common Cholera outbreak, is today running around desperately with all sorts of shenanigans over the Coronavirus pandemic.

Even common Cholera, which has a cure, over 200 Ghanaians died from its outbreak in 2014 under the incompetent John Dramani mahama's leadership.

Dumsor was not a Pandemic, yet Ghanaians slept in it for 4yrs under Mahama's tenure as President. Businesses collapsed in the 4-years that dumsor stayed with us. If he has any wisdom in governance, this country wouldn't have suffered undue hardship under his reigns.

We all know Mahama is a coyote that eats it's own leg. He has nothing to offer Ghanaians, but thinks he can sugarcoat his way into the hearts and minds of the unsuspecting public.

Mahama's corruption, incompetence and play-boy character cannot win him power as he seeks.

Indeed, we are wary of a naked man offering us a shirt.

I shall be back!!