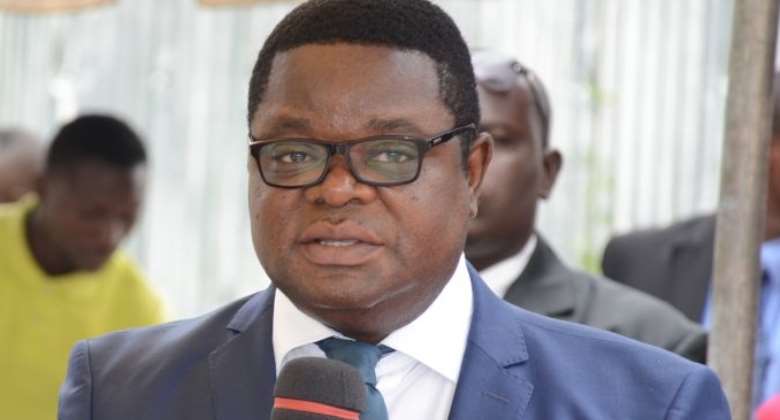 The Director of the Institute of Social, Statistics and Economic Research (ISSER), Professor Peter Quartey

The Director of the Institute of Social, Statistics and Economic Research (ISSER), Professor Peter Quartey, has said in spite of the World Bank’s projection of a major decrease in foreign remittances globally this year, Ghana will not be heavily hit.

Subsequently, he predicted between two and five per cent drop in a worst case scenario as against the projected drop of 23.1 per cent in remittance inflows to Sub-Saharan Africa in the same period under review.

Prof Quartey allayed the fears of Ghanaians to that effect in an interview with the Daily Graphic in reaction to a report from the World Bank released on April 22, which projected a 20 per cent global drop in remittances for the year.

Using historical facts to back his assertion, he said “we have seen this before when there was a global recession. We in Ghana did not see any major decline in foreign remittance inflows”.

Although he did not immediately provide figures, he said by the nature of Ghanaians living outside the country, no matter their situation, they still sent money back home to their loved ones for various reasons.

He said the phenomenon may also likely be based of procyclical or countercyclical reasons.

Procyclical and countercyclical variables are variables that fluctuate in a way that is positively or negatively correlated with business cycle fluctuations in gross domestic product.

“Yes, COVID-19 seems to be causing a major problem, but I still believe that much as there may be a decline, it will not be as high as predicted by the World Bank,” he said.

Prof. Quartey reiterated that if there should be a decline, it will be between two and five cent by the close of year in the worst case scenario, adding that “I will not be surprised if we see the inflows curve even remain flat”.

Ghana recorded about $3 billion from remittances transferred into the country in 2018 by citizens in the diaspora. That for 2019 is yet to be officially reported.

Global remittance decline
In the wake of the novel COVID-19, the World Bank is projecting global remittances to decline sharply by about 20 per cent in 2020.

According to the Bretton Institution, the fall, which would be the sharpest decline in recent history, would largely be due to a drop in the wages and employment of migrant workers, who tended to be more vulnerable to loss of employment and wages during an economic crisis in a host country.

Due to the COVID-19 crisis, remittance flows according to the World Bank to the region are expected to decline by 23.1 per cent, down 3.1 per cent more than the global average, to reach $37 billion in 2020.

However, a recovery of four per cent is expected in 2021. The anticipated decline can be attributed to a combination of factors driven by the coronavirus outbreak in key destinations where African migrants reside, including the EU area, the United States, the Middle East and China.

These large economies host a large share of Sub-Saharan African migrants and combined, are a source of close to a quarter of total remittances sent to the region.

Uses of remittances
Remittances to Low and Middle-Income Countries (LMICs) are projected to fall by 19.7 per cent to $445 billion, representing a loss of a crucial financing lifeline for many vulnerable households.

Studies, according to the World Bank, show that remittances alleviate poverty in LMICs, improve nutritional outcomes, are associated with higher spending on education and reduce child labour in disadvantaged households.

On that premise, a projected fall in remittances is expected to affect families’ ability to spend on these areas because more of their finances will be directed to solve food shortages and immediate livelihood needs.

“Remittances are a vital source of income for developing countries. The ongoing economic recession caused by COVID-19 is taking a severe toll on the ability to send money home and makes it all the more vital that we shorten the time to recovery for advanced economies,” the World Bank Group President, David Malpass, said.

“Remittances help families afford food, health care and basic needs. As the World Bank Group implements fast, broad action to support countries, we are working to keep remittance channels open and safeguard the poorest communities’ access to these most basic needs,” he added.