COVID-19: "I Hope Your Decisions Are Truly Guide By Science, Not Politics" – Mahama To Akufo-Addo 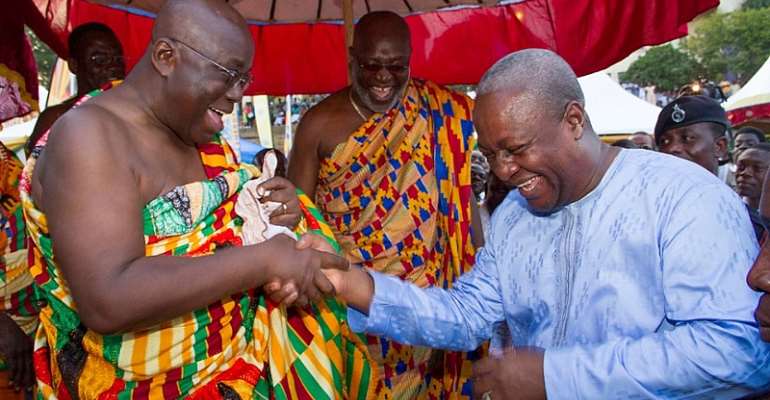 Former President John Mahama has said he hopes the decision taken by President Akufo-Addo to lift the three-week partial lockdown was guided by science rather than politics.

In a Facebook Live session on Thursday, 23 April 2020, the flag bearer of the National Democratic Congress (NDC), said: “In his last address to the country, President Nana Akufo-Addo lifted the partial lockdown imposed on Greater Accra, Greater Kumasi and their environs, and Kasoa, at a time the country was recording increasingly higher infections”.

“It was, therefore, not surprising that many Ghanaians including public health experts were puzzled about the considerations underlying the President’s decision”, he noted.

The number of infections, Mr Mahama noted, “are not only rising steeply but there is also clearly a horizontal – community – spread of the virus”, adding: “The majority of regions have reported cases, and the bulk of the positive cases are of people who have no history of foreign travel”.

“One wonders whether consideration was given to the huge backlog of tests that had not been cleared, and the many possible cases roaming in our communities that have not yet been tested due to lack of mass testing”, he mused.

Using the examples of countries that are seeing a decline in their case numbers, Mr Mahama said: “The science shows that public awareness on prevention protocols, accurate data, widespread testing, effective contact tracing, isolation, treatment and care are the critical factors for success in overcoming the COVID-19”.

To him, “Transparent and accurate data is critical if we are to achieve a better and deeper appreciation of the trajectory of this contagious disease in Ghana”.

“Unfortunately”, he noted, “Many health professionals have begun to question the credibility of the data and models being put out by the National COVID-19 Team”.

He added: “While it is the prerogative of the President to take the decisions that ensure our safety and protection, it is my hope that his decisions are guided by a genuine concern for the health and safety of the people of Ghana, and also guided by Science, not any political or parochial considerations”. ­­

Mr Mahama also condemned calls by a member of the Council of State, Mr Sam Okudzeto, that the Electoral Commission should go ahead with its voter registration exercise in parts of the country that are COVID-19-free.

“It is unfortunate that a high-ranking member of the President’s party has suggested in recent days that the Electoral Commission should, and will go ahead with the compilation of a new voter register as soon as next month”.

“At a time when doubts remain about the scale of the COVID-19 threat, and when social distancing has become our main defence, this suggestion is deeply irresponsible”. ­­

“Outbursts like this create doubt in the minds of the public if there are no political underpinnings to the President’s decision”, he noted.

“At this stage, we can only hope that consideration was given to the fact that, the effect of initiatives such as the local manufacture of Personal Protective Equipment (PPE) are yet to be felt in our health system”.

But Mr Akufo-Addo gave the following reasons for lifting the lockdown: “Ability to undertake aggressive contact-tracing of infected persons, enhancement of our capacity to test, expansion in the numbers of our treatment and isolation centres; our better understanding of the dynamism of the virus; ramping up of our domestic capacity to produce our own personal protective equipment sanitisers and medicines; modest successes chalked at containing the spread of the virus in Accra and Kumasi; and the severe impact on the poor and vulnerable”.