NDC On Rampage In Winneba Over Suspension Of Members 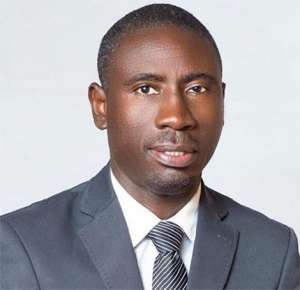 There was near pandemonium in Winneba in the Effutu Constituency of the Central Region when members of the opposition National Democratic Congress (NDC) turned the town into a battlefield, attacking one another with offensive weapons.

Matters came to a head when some leading figures, believed to have been suspended by the party, went to the constituency office to hold a press conference to inform the national executives about the unfair treatment being meted out to them by the regional executives.

According to them, they were suspended because they opposed the decision by the NDC to acclaim James Kofi Annan as the party's parliamentary candidate for the 2020 general election.

When the suspended officers got to the party's office, a number of hoodlums who were allegedly brought in by the party executives lined up at the place with offensive weapons, such as knives, clubs, canes, sticks and stones, and started manhandling them, forcing people around to run for their lives.

The Communications Officer of the NDC in the Effutu Constituency, Nenyi Akrama, aka Alexander King Dadzie, who is one of the suspended officers, claimed the attack was orchestrated by one Paa Nii Lamptey, aka Popo, who is a former NDC chairman in the constituency, with tacit support from the party's acclaimed candidate, James Kofi Annan.

“For quite some time now, there has been unrest in the party here. There are some people who have come to join the party and are fomenting the trouble. There is a key person called James Kofi Annan who is behind all these,” he said.

“Recently, we heard that he was acclaimed as our parliamentary candidate to lead the party, but he did not even pass through the right procedure when he was being acclaimed. Looking at what is happening now, if he had gone through vetting there was no way he would have been selected to lead the NDC in Effutu because he does not even qualify,” he added.

“As we speak, he has corrupted some of the executives in the constituency, as well as those in the regional and national headquarters to get this illegal acclamation,” he claimed.

Nenyi Akrama said, “I was whipped by the guys who were organized by the former chairman who supports James Kofi Annan. I have also seen a few guys being hit by the same people who were paid to come and beat us even though we have our constitutional rights to speak on the issues affecting the party.”

He said some of the victims were rushed to the Winneba Trauma Hospital and said he was yet to pay them a visit to ascertain the extent of their injuries.

He said himself, an aspirant called Henry Kweku Bortey Ghartey aka Dependable, who placed second when the main primary was held, Joseph Wallace aka Big Joe, and one Moro, who is a deputy Treasurer, have been suspended under what he claimed to be 'unfair circumstances'.

“James Kofi Annan is trying to destroy our party and I am calling on the leaders to know the kind of person we are dealing with. He is not in good standing in the party. He has criminal cases against him, and we cannot take risks with the party at this time,” he claimed.

He said “the party set a precedent in Afram Plains where the one who placed second was made as the automatic candidate after the main candidate had been withdrawn on the basis of a fraud case against him,” adding “the best person who should be acclaimed is Henry Kweku Bortey Ghartey or anybody in the party who is in good standing and not somebody like James Kofi Annan who is not in good standing in this constituency.”

“I am calling on our national leadership including the founder, Ex-President Flt. Lt. J.J. Rawlings, and our flag bearer, John Mahama, to come down to Effutu and see what is happening here,” he stressed.