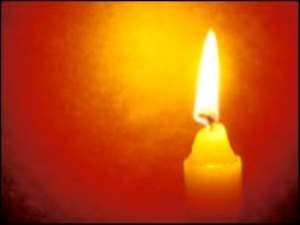 Renewables are the form of electricity generation favoured by users of the BBC News website's Electricity Calculator.

Your responses indicate you would like more than a third of UK electricity to come from renewables such as wind and tidal turbines by the year 2020.

Nuclear power emerges as your second preference, ahead of fossil fuels, with imports the least favoured option.

More than 100,000 readers have used the Electricity Calculator since it went live on our site at the end of March.

Overall, your responses showed that you would like to curb Britain's carbon dioxide emissions in line with government targets, and are happy to pay a little more than at present.

Your ideal mix of generation methods to meet demand in 2020, projected to be 381 billion kilowatt hours (bn kWh), is:

Your preference for renewables goes further than the government's current aim, which sees 20% of UK electricity coming from technologies such as wind, wave, solar and biomass by 2020.

And your response on the nuclear issue suggests you would be content to have more reactors than at present.

"This is a ringing endorsement from more than 100,000 people for mitigating climate change," observed energy analyst Michael Cupit, assistant director in power and utilities with Ernst and Young.

"Demand reduction, nuclear and renewables are all about moving towards low-emission or zero-emission technologies."

One of the reasons why we decided to develop the Electricity Calculator was a report issued late last year by a group of 150 energy experts, which concluded Britain could be facing a 20% shortfall in supply within a decade as coal-fired and nuclear plants close.

The engineer who chaired that group is John Loughhead, executive director of the UK Energy Research Centre (UKERC).

Commenting on the mix selected by BBC News website readers, he said: "It's interesting to see that readers come up with a mixture of technologies, which is what our report said would be important.

"It is also interesting to see there is a broad desire to see renewables play a bigger part, although there are some engineering reasons which might make it difficult to reach this level [of about 36%] by 2020.

Those engineering reasons include the location of major wind farms, which tend to be away from population centres where electricity is needed.

"You would need a balance of renewables in order to achieve stability of supply," said Michael Cupit.

"Wind is going to continue to play a significant role; but you'd probably want to see a more stable technology such as biomass, which we don't really have a lot of at the moment."

Although the figures cannot be interpreted as an opinion poll as respondents are self-selecting and limited to BBC News website users, the preference for renewables is consistent with an opinion poll just released.

Commissioned by the Department of Trade and Industry (DTI) and performed by GfK NOP Social Research, it found that 85% of the UK population broadly support renewables, while more than 60% would be happy to live within 5km of a wind farm.

Your responses also tally with a Mori poll from January, which found 68% of the British population supporting the expansion of renewables, and 54% accepting new nuclear power stations if that would help reduce greenhouse gas emissions.

"There are no easy pick-and-mix answers, but it's encouraging to see hard evidence like this showing the public engaging with the debate and developing a more sophisticated relationship with energy," he told the BBC news website.

"It is no surprise to me that these results indicate an interest in cleaner home-grown sources of energy, and this is of course something I am actively considering as I draw up the energy review's recommendations."

The DTI is due to release its energy review in July, which may make firm recommendations on the government's preferred future energy mix.

It may well decide to aim for a new generation of nuclear stations, and may put more support behind renewables, both of which could help the government get its carbon ambitions back on track.

Its long term goal is to reduce emissions by 60% from 1990 levels by 2050; but its climate change review, released in March, said current policies would not achieve a shorter-term target of a 20% reduction by 2010.

But what is needed to boost renewables or nuclear capacity to the levels which your responses to our Electricity Calculator indicate?

"To reach these levels on nuclear, you would need a very rapid decision by the government on their attitude towards licensing new nuclear stations, and what to do about waste management," said John Loughhead.

"To go to that level on renewables would mean continued and sustained support; however desirable it may be to move in this direction, a fair amount of investment would be needed."

In the meantime, the DTI is aware of your responses, which it can set alongside the raft of formal submissions it has received.

And the Electricity Calculator has not disappeared - it is still here and you are more than welcome to have a play - the only difference being that from here on, we will not be collecting or collating your responses.