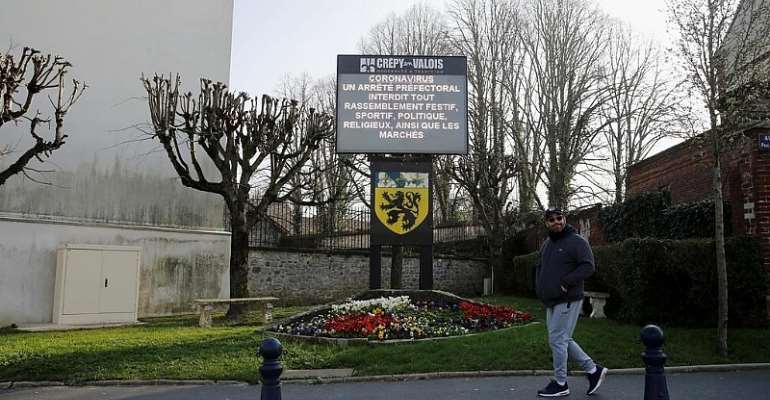 A new study on staff and students from a high school in the Oise region, where France's first cluster of Covid-19 cases emerged, has concluded that while confinement measures were paying off, group immunity was still a long way away.

Institut Pasteur, along with other public health agencies recruited students, teachers, non-teaching staff, parents and siblings of students for the study.

The high school used in the study was in Crépy-en Valois, the same town where a 60-year-old teacher was diagnosed with coronavirus in late February, before dying.

Preliminary results of the retrospective study conducted between 30 March and 4 April were published on Thursday (in English) and await peer review.

The participants completed a questionnaire that covered history of fever and/or respiratory symptoms since 13 January 2020 and had been tested for the presence of antibodies for the SARS-CoV-2 virus, which causes the coronavirus disease.

Among the 661 participants, the study found that only 171 were diagnosed as positive – 25.9 percent.

The students, teachers and non-teaching staff of the school, tested at a higher rate of 40.9 percent compared to only 10.9 percent of parents and siblings.

The study also found that at least 17 percent of those infected did not show any symptoms, but if they did, they were predominantly loss of smell (84.7 percent) and loss of taste (88.1 percent).

Curiously, the study found that four times as many non-smokers were infected (28 percent) compared to only 7.2 percent of smokers, a finding echoed in other studies.

Researchers concluded that "establishing herd immunity will take time, and that lifting confinement measures in France will be long and complex".

Figures from public health agencies in France suggest that only approximately 6 percent of the population will have developed antibodies to the virus before the lifting of confinement on 11 May.

This is far from the figure of 60-70 percent that experts agree is needed for group immunisation.

For group immunity to be efficient, antibodies need to be proven to protect their host for at least a few months. Nothing so far has indicated that the antibodies are effective, according to Arnaud Fontanet, one of the authors of the study, and in charge of epidemiology at Institut Pasteur.

He told RFI that group immunity will take some time, especially considering that "other regions of France are practically untouched".

However, he emphasised the positive effects of confinement on the slowdown of the epidemic, particularly due to the February holidays and the earlier lockdown of the Oise region on 1 March, which he says was key to reducing the spread of the virus in the following weeks.

Akufo-Addo, Ken Take Ghana Back To HIPC – Mahama
32 minutes ago