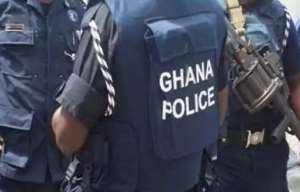 The Adentan Circuit Court has granted bail to 28 out of 32 persons accused of breaching the partial lockdown imposed on parts of the country.

These persons were on board two commercial buses travelling from Accra to Dambai in the Oti Region.

The court imposed a bail condition of a sum of GH¢5,000 and two sureties on each of the 28 people who pleaded not guilty.

According to a Police statement, one of the remaining four out of the 32 accused persons who pleaded guilty was fined an amount of GHS12,000.

Two others had their final judgement deferred and the fourth person was discharged on health grounds.

Below is the Police statement: Status of Case Involving Suspects Arrested at Adenta-Dodowa COVID 19 Snap Check Point on 16th April, 2020

On Thursday 16th April, 2020 at about 02 am, security personnel stationed at Adenta-Dodowa snap checkpoint arrested 43 passengers including children on board two commercial buses travelling from Accra to Dambai in the Oti Region.

The two vehicles were impounded and all 32 adults including the drivers were arraigned at the Adenta Circuit Court on 16th and 17th April, 2020 for breaching the Imposition on Restrictions law.

The Court ordered for testing of all the accused persons, leading to their samples having been taken by the Adenta Municipal COVID-19 Response Team.

In all, 28 accused persons pleaded not guilty and were granted bail to the sums of GHS5,000 with two sureties each. Three who pleaded guilty were convicted on their own plea and one of them was fined an amount of GHS12,000 while sentencing for the two other convicts was deferred.

The last accused, aged 20 years was discharged by the court to enable her cater for her six months old baby who was seriously sick and had earlier in the day been sent to the Frafraha Community Health Centre for treatment.