But for Mahama’s profligacy, Akufo-Addo would have enough funds to combat the coronavirus 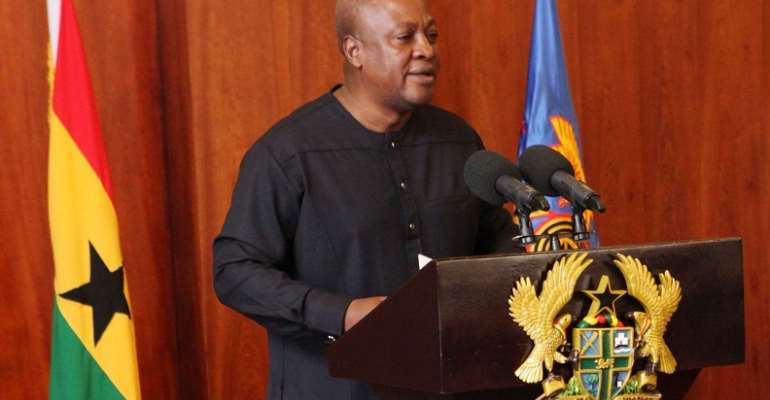 Verily, it is not farfetched for any patriotic Ghanaian to draw an adverse inference that if Ex-President Mahama had not wasted Ghana’s scarce resources through alleged corruption and needless benevolence, President Akufo-Addo would have ample funds to put at the disposal of the needy in these difficult times.

Ghana under the leadership of Ex-President Mahama, so to speak, lost millions of dollars meant for various developmental projects through corruption scandals such as the infamous Bus branding, the Brazil World Cup, SADA, SUBA, GYEEDA, SSNIT, NCA, MASLOC and Ford Expedition Vehicle, amongst others.

Some reflective observers thus maintain that the total funds lost through corruption and bizarre altruism during the Mahama’s administration amounted to GH7 billion.

To me, the figure being put out by critical observers cannot be the through reflection of the wanton corruption and the naked wastefulness.

The fact however remains that former President Mahama recklessly doled out large portions of Ghana’s scarce resources to parasitic creatures. In fact, the monies would have been useful in these difficult times of coronavirus outbreak.

What is more, former President Mahama allegedly paid out GH800 million dubious judgment debt, including the GH51.2 million to Woyome, $30 million to the Waterville and $375,000 to Isofoton which resulted in the drastic reduction of capital expenditure, and as a consequence, most contractors were not paid by the erstwhile NDC administration.

If you may remember, Ex-President Mahama’s administration surreptitiously diverted $6 million of a government loan facility of $175 million meant to provide seven district hospitals into researching the then governing NDC party’s chances of winning the 2016 general elections. How bizarre?

Dearest reader, this is no exaggeration, the over GH200 million SADA funds invested on trees which were reported to have burnt down into ashes and the guinea fowls which flew to the nearby Burkina Faso without a trace would have been well-spent on the coronavirus victims.

Let us face it, if Mahama’s administration had not misapplied the $175 million loan facility secured in 2012 which was meant to provide seven district hospitals, we would have enough funds to fight the insidious coronavirus.

It is absolutely true that the outgone Mahama’s government spent excessively and above its means, and, in the process wilfully increased our total debt from GH9.5 billion in 2009 to GH122.4 billion as of December 2016 with a little to show for.

To be quite honest, a large portion of Ghana’s scarce resources, regrettably, ‘decanted’ into the drains due to the unpardonable mismanagement and the wanton corruption perpetrated by the officials of the erstwhile NDC administration.

In synopsising, the rot in the erstwhile Mahama government was as pervasive as the odour of garlic, which led to some diehard supporters emitting their displeasure and threatening to boycott the 2016 election.