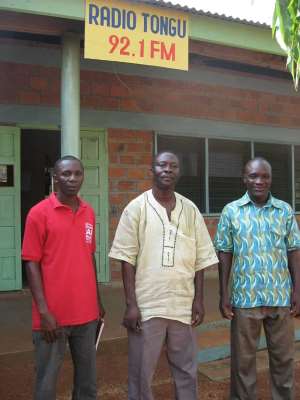 The National Communication Authority (NCA) has noted that the shutdown of Sogakofe based Radio, Tongu, followed due process and law after the radio station illegally re-opened to start operations when its authorisation was suspended.

The shutdown of the station on Monday, April 20, 2020 was carried out after the NCA supervised the arrest and seizure of equipment of the radio station.

Radio Tongu operations were suspended after the NCA stepped on the station's authorisation last February, 2020 on the grounds of national security and the public interest.

The National Security was also involved in the operation.

A statement released by the NCA suggests that the community radio station managed by the Tongu Community Multimedia Network (TCMN) was illegally re-opened, acting in bad faith; particularly when NCA was still discussing with some board members of the TCMN and some key stakeholders on the way forward after suspension of the authorisation.

The statement said unilateral re-opening of the Station has undermined ongoing discussions and consultations with the opinion leaders of the South Tongu Community, and with the District Security Council.

It is therefore the basis for shutting down the station for what the NCA described as illegal operations as well as the seizure and confiscation of equipment used in the illegality.

The NCA further added that it will continue to engage the leadership of the South Tongu Community, TCMN and the District Security Council to find a lasting solution to the impasse, while the law takes its course with regard to the individuals arrested.

to the impasse, while the law takes its course with regard to the individuals arrested.

The NCA wishes to stress that the Authority will endeavour to execute its mandate as set out by law and calls on stakeholders to adhere to the tenets and regulations governing the communications industry.