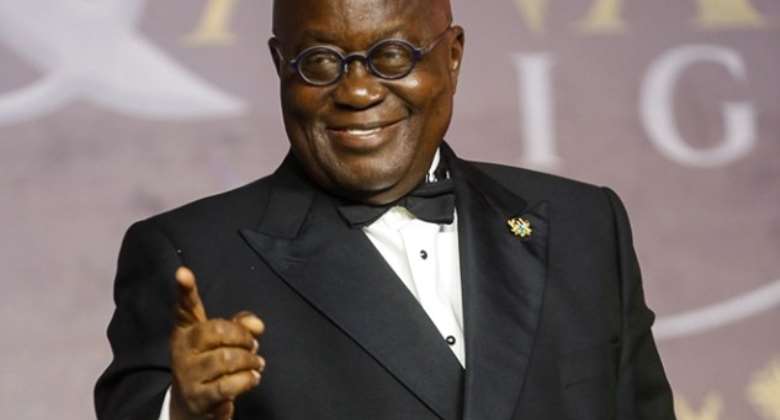 The Economist Intelligence Unit has said, “it will be difficult for the NDC under Mr Mahama to portray itself as the better custodian of Ghana’s economy”.

This, according to EIU report, President Akufo-Addo will win his second term bid in 2020. “We, therefore, expect Mr Akufo-Addo and the NPP to secure re-election,” the EIU’s April 2020 report stated.

“The next national elections are due in December 2020. The Economist Intelligence Unit expects the NPP to retain power, as the party is seen as a better custodian of the economy than the opposition National Democratic Congress,” the EIU stated.

According to the report, the Akufo-Addo “government’s ambitious industrialisation programme [One District-One Factory] is enjoying some success, with investment expected to recover once the virus subsides. Nonetheless, overall progress will continue to be hampered by structural weaknesses and regional imbalances”.

“Driven by falling oil prices and operational difficulties in some oilfields, the economy will contract by 1% in 2020. Real GDP growth will then rebound to an average of 5.7% a year in 2021-24, as the impact of the pandemic fades and oil prices and output both recover,” the reported stated.

It added: “The government’s industrialisation push and moves to strengthen the banking sector will benefit non-oil economic growth over the medium term, although the cost of capital will remain a constraint on some businesses, particularly small and medium-sized enterprises. Following a marked weakening in 2020—reflecting a deteriorating current­ account position and investor nervousness ahead of the elections—the pace of cedi depreciation will slow in 2021-­24 as the hydrocarbons sector ramps up production and prices rise. Inflation will average 8.6% in 2020-24, staying within the central bank’s 6-10% target range.

“The current-account deficit will gradually narrow in 2021-24 as external conditions improve, reaching 0.3% of GDP by the end of the forecast period.”

According to the report: “The campaign for the 2016 election was dominated by public concerns over a faltering economy, which many Ghanaians still associate with Mr Mahama. Ahead of this election, the NPP has focused on infrastructure development (such as improving internet and electricity access, as well as roads, in rural areas) and outlined ambitious growth plans for cash-crop yields, which would bolster rural incomes. Despite the uncertainties posed by the pandemic, The Economist Intelligence Unit believes that it will be difficult for the NDC under Mr Mahama to portray itself as the better custodian of Ghana’s economy. We, therefore, expect Mr Akufo-Addo and the NPP to secure re-election. However, if the NDC can present a coherent challenge and hold the NPP to account on its unfulfilled campaign promises—such as faster progress on infrastructure development—the elections could be closely contested.”