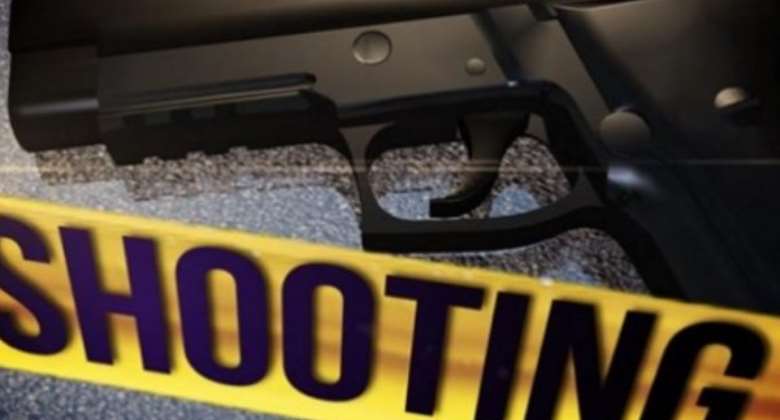 The Lebanese and Ghanaian businessmen at about 13:40 hours cashed the money from the bank after which they were attacked by some armed robbers at the TDC traffic light some 400 meters away.

Mr Mashuud, one of the victims, narrating their ordeal said: “we are importers of frozen fish at Tema Newtown, we went to the Zenith bank to withdraw some money, when we came out, one of the bank staff told me that there were some motor riders around and that they suspected them, so we should wait a little”.

He added after waiting a while “the bank authorities said they would give us one police officer to escort us wherever we are going.

"The Policeman wanted to sit in front seat of our car but I asked him to follow us in his car which he did. The moment we reached the traffic light and it turned red, they (robbers) came with full speed (two of them on one motorbike) and crossed us, stood infront of us and started shooting and the process took the money. The police returned fire, one fled with the money but one got hit, ”he said.

Mr Ali, the Lebanese victim corroborating his colleague's narration, said the two crossed their car and tried to shoot them but the police officer following them opened fire on them adding that the incident happened within five minutes.