Bundesliga bosses wait on politicians to clear return to action 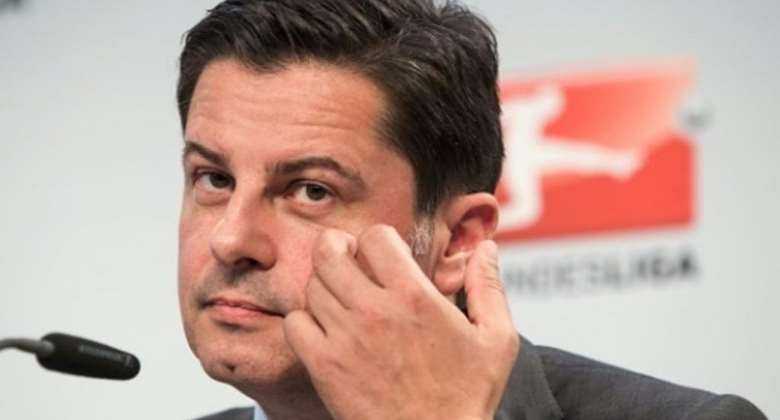 Top executives from Germany's leading clubs emerged from a series of video meetings on Thursday to declare they are ready to defy the coronavirus pandemic and sanction competitive football from 9 May.

However Angela Merkel's government as well as provincial state leaders will give the ultimate green light.

"It is solely down to what the political leaders decide," Seifert added. "The Bundesliga is ready - regardless of whether it can continue on 9 May or at a later date.”

Germany's death toll from the coronavirus stood at just over 5,000 on Thursday while neighbours France and Italy have reported more than 21,000 and 25,000 deaths respectively.

The relatively low figures in Germany have been attributed to its policy of mass testing and the population faithfully followng the lockdown guidance.

As the football bosses thrashed out their proposals, Merkel warned MPs that the country should not emerge too hastily from the confinement measures.

“No one likes to hear it but we are not in the end phase of this pandemic, but at the beginning. We will continue to have to live with it for a long time.”

Concern
Supporters' groups also echoed Merkel's concerns. A spokesperson for Fanszenen Deutschlands said: “Restarting the season in the middle of the pandemic would be sheer mockery for the rest of society.”

Accusing the clubs of greedily pursuing 300 million euros of TV money, it added: "Professional football has long been sick enough and should continue to be quarantined," it said.

Nationwide fan group ,”Unsere Kurve”, said: “Football cannot act in isolation from the situation in society as a whole. If the game continues like this, we're out!"

Plan
However Seifert stressed that hygiene precautions would be strictly observed. He said only around 200 people - ranging from players, coaches, referees and journalists - would be allowed into a stadium for each game.

Bayern Munich led the championship by four points with nine of the season's 34 games remaining when the season was suspended on 13 March as part of the German government's attempts to halt the spread of the coronavirus.

Under Seifert's plan, players would be tested regularly and hygiene officers appointed to each team to ensure the guidelines were followed.

"Games without spectators are not what we want," he added. “But they seem to be the only feasible way. We try to take the best possible precautions through certain measures."