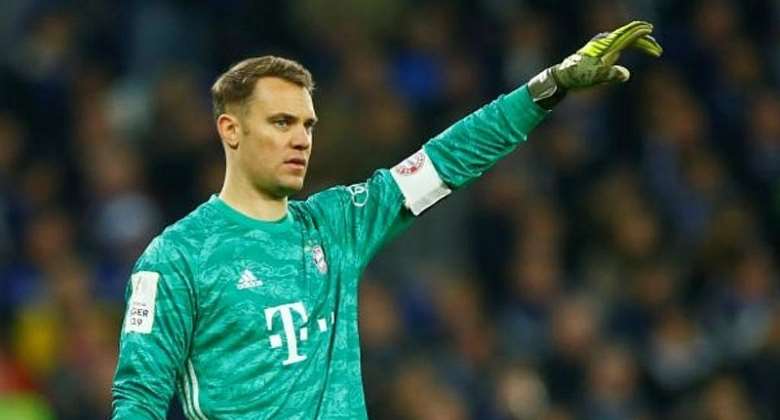 German football chiefs were on Thursday thrashing out plans for a resumption of Bundesliga games within two to three weeks.

The championship was halted in March as Germany and the rest of the world installed nationwide measures to arrest the spread of the coronavirus.

Nearly two months on from the decision to suspend the top two professional divisions, the German football league - DFL - says a restart without spectators is a possibility after politicians announced the outbreak was under control.

However the DFL's flurry of video meetings with club bosses was taking place as Germany's chancellor Angela Merkel warned that certain German states were emerging too hastily from the lockdown.

“The implementation of the exit strategy gives me cause for concern,” Merkel told German MPs. “In parts it comes across as brisk, not to say too brisk.

Care
“No one likes to hear it, but we are not in the end phase of this pandemic, but at the beginning. We will continue to have to live with it for a long time.”

The Bundesliga would be the first major European league to restart. When it closed down, Bayern Munich led the top flight by four points with nine games remaining.

It is understood that one plan is for action to resume on 9 May and the league to end on 30 June. Another is for a restart on 16 May. Terminating the season would lead to clubs receiving 300 million euros from TV companies.

Under the proposals, the games would be attended by around 300 people ranging from players, coaches and referees to stewards and selected journalists.

Plan
Players and backroom staff would be tested before and after fixtures  to reduce the risk of spreading the infection.

But the move to allow players back onto the pitch is being treated with caution.

Markus Soeder, the leader of the state of Bavaria, which is home to Bayern Munich, said that football would not be allowed a carte blanche to continue at a time of competing funding priorities,

"I can imagine that things will develop from one match day to the next," he said.

In neighbouring Italy, there was a similar note of concern as to whether football could resume in the country.

Decision
Sports minister, Vincenzo Spadafora, said he would make a decision within the next few days about players returning to training.

"I listened with great attention to the various positions that emerged," said Spadafora after talking to club bosses and Italian sports federations.

He said he would hold further talks with politicians and scientists before announcing the next move.

All sport in Italy has been suspended for the past six weeks as the country grapples with a pandemic that has left more than 25,000 people dead.

Duty
"We have the duty and responsibility to ensure that the whole country, obviously including the world of sport, can soon emerge from this health crisis," said Spadafora  "I am also a fan who misses following my team.

"I was looking forward to the European championships this summer, but they will be postponed, like the Olympics, the Giro d'Italia and all sports competitions in our country.

"It is a huge disappointment, in a much bigger and deeper pain, in an atrocious mourning that has struck our country, Europe, the whole world."