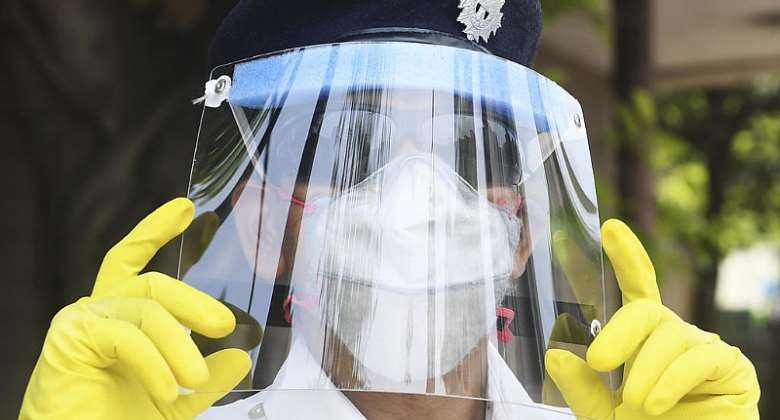 Attacks on healthcare workers will carry stringent punishment – a jail term of up to seven years and a hefty fine -- the government said Wednesday as instances of such attacks spiraled across the country.

'While people across the nation salute the health workers and those in the field helping battle COVID-19, there are few who are attacking them, thinking they are spreading the virus," said minister Prakash Javadekar.

"We have zero tolerance and will not allow this in a civilized society," he added.

Attacks against medical staff
In the past few weeks there have been several incidents where doctors have been attacked, spat at and chased away from homes. In other cases, patients have abused  female nurses and paramedical staff.

In addition, some physicians and their families have also been ostracized by their neighbours because of their exposure to patients infected with Covid-19.

Over the weekend, the burial of Samuel Hercules, a doctor in the southern city of Chennai was disrupted by violent protesters who damaged the ambulance carrying his body and injured the driver for fear of the spread of the coronavirus.

On April 8, two resident doctors of Delhi's premier hospital were roughed up by a neighbor and a week prior to that health teams were attacked upon in the central state of Madhya Pradesh when they went for routine testing of communities.

A team of doctors and medical staff was assaulted by a mob in Moradabad in the northern state of Uttar Pradeshwhen they went to take away two suspected cases of the novel Coronavirus in the area.

The mob pelted stones at the ambulance and doctors. The stones were also pelted on the police van which came to rescue the health workers.

“It had become an unbearable situation. At one level we are fighting for others lives and then we are attacked for spreading the disease,” Pratima Kaur, a doctor told RFI.

“We too face considerable mental stress. It is often forgotten that as humans, we feel the sorrow of loss when patients succumb to the virus. That is forgotten,” Rajesh Gupta, a medical worker told RFI.

The spate of attacks against health workers had almost resulted in the medical fraternity resorting to a symbolic protest at the Indian Medical Association headquarters on Wednesday.

In the midst of the pandemic, it was luckily averted when Home Minister Amit Shah, held an emergency meeting with doctors and members of the medical association along with Health Minister Harsh Vardhan.

“This was the need of the hour as instances of violence against healthcare workers, including doctors, were on the rise,” D S Rana, chairman of the board of governors of Sir Ganga Ram Hospital told RFI.

Tough times for doctors
The amendments in the law will also apply to harassment by landlords and neighbours. The penal provisions can be invoked in case of damage to property, including a clinical establishment, a facility identified for quarantine and isolation of patients, and mobile medical units.

In India, over 723 COVID-19 hospitals, 186,000 beds and over 24,000 beds in intensive care have been specially created to deal with the pandemic, according to the government.

Doctors, nurses, carers and paramedics around the world are facing an unprecedented workload in overstretched health facilities, and with no end in sight.

Many are working in stressful and frightening work environments, not just because the virus is little understood, but because in most settings they are under-protected, overworked and themselves vulnerable to infection.