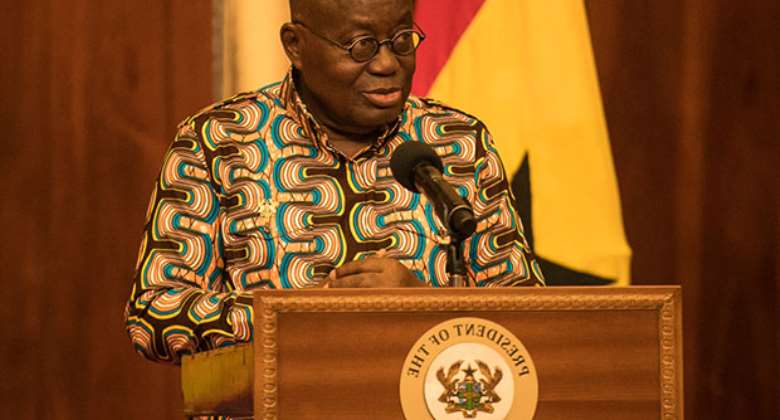 The role of credible data collected in the past three weeks when a partial lockdown was still operational in some parts of the country informed the review of the measure by President Akufo-Addo.

The review appears to have supported an article by a non-Ghanaian scholar that Africans should avoid adopting wholesale European responses to the COVID-19 pandemic, without adjusting them to their peculiar needs.

DAILY GUIDE can confirm that the President did just that following the discovery by local scientists that the dynamics of the virus in Ghana and the West African sub-region as a whole differs from what is obtaining in Europe and the US.

The successful sequencing of the virus by the Noguchi Memorial Centre for Medical Research (NMCMR) at the University of Ghana especially is adding to the creation of a better picture of the contagion.

The discovery stating, for instance, that 94% of the coronavirus cases in Ghana are mild, or with victims showing no symptoms also played a role in the President's decision.

It is also palpable that in Ghana the prevailing phenomenon of the infection transitioning from mild to severe and critical, and even to death is not taking place at a rate commensurate with the reality in Europe and the US.

In the past three weeks, there has been a robust data collection programme, of which 98.5% of samples posted negative to the virus.

Ghana's contact-tracing regimen ‒ outstanding in Africa ‒ is being hinged on per capita basis.

Not reviewing the partial lockdown against the backdrop of the foregone and the fact that only 1.5% tested positive of the samples collected could not have been a sensible option policymakers decided.

President Akufo-Addo has already met with leadership of the Ghana Medical Association (GMA) to strategise on the next line of action against the virus after the lockdown was lifted.

At a meeting held at the Jubilee House at his instance, President Akufo-Addo said, “I want us to establish a regular contact, exchange views and develop a common approach about how to take Ghana out of the crisis.”

“Doctors are at the centre of the battle and are at the centre of whatever has to be done. I felt that it was important to meet after the decision to ease the lockdown in Accra and Kumasi and get a bit of a flavour of how they would go about this because at the end of the day, the decision has many ramifications such as economic, social, cultural and health,” he added.

“At the end of the day, as the President of the country, I cannot ignore the impact this lockdown is having on several constituencies of our nation, especially those who we know are very important part of the Ghanaian equation, the people who live on hand to mouth, those in the informal sector who need to have a day out in the market to be able to provide for their families,” he stated in defence of his decision to lift the lockdown.

“We take it that the medical initiatives we have taken, expanding our capacity to trace victims of the disease, being able to test, isolate and quarantine need to be so that we take them out of the population and then the treatment,” he emphasised.

GMA President Dr. Frank Ankobea thanked President Akufo-Addo for the invitation and pledged the support of the doctors to work hard till the virus is finally defeated.

The leadership of the Ghana Trades Union Congress (TUC) also met the President and lauded his government's decision to lift the restriction of movement imposed on certain parts of the country.

“We have followed the developments in the country since the first two confirmed cases were announced and the measures you and your government have taken so far to deal with this major health crisis,” TUC Secretary General Dr. Anthony Yaw Baah said.

“The restrictions on movements have yielded some positive results and we are all witnesses to this. You have eased some of these restrictions and emphasized that other restrictions must be complied with strictly; we think it is the right thing to do given the dire economic consequences of prolonged restrictions,” he stated.

He indicated that the TUC has initiated an assessment of the situation during the lockdown, and in due course, it would make its findings public.

Dr. Baah took opportunity to extend an invitation to the President for him to participate in their virtual May Day celebration on May 1.

On his part, President Akufo-Addo said the support of organised labour in the fight against the coronavirus was commendable.

He promised that the government, after lifting the lockdown ban, would not relax its tracing, testing and treatment programmes and assured the labour front that his government would do everything possible to safeguard jobs and labour.