By Damon WAKE with AFP bureaus 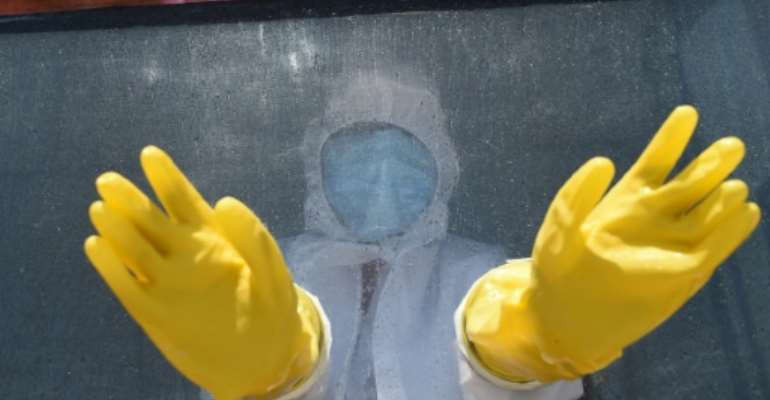 A health official waits to to collect samples from people for coronavirus testing in the Indian village of Changodar. By SAM PANTHAKY (AFP)

The world grappled with the economic pain of the coronavirus pandemic Thursday as bitterly divided EU leaders tried to hammer out a rescue package and US jobless claims soared to a staggering 26 million.

Worldwide, governments are trying to balance pressure to ease lockdowns and repair almost unprecedented economic damage, against dire warnings that moving too fast could unleash a second wave of COVID-19 cases. 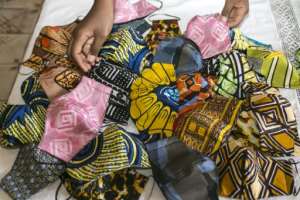 Face masks made by Sheila Notewo, a young Cameroonian woman, from African fabric. By - (AFP)

Other nations are still in the early stages of the fight against a disease that has killed more than 180,000 people and infected 2.6 million worldwide, even as it appears to be peaking in Europe and the United States.

Despite the announcement of vaccine trials including one starting in Britain Thursday, experts warn that any real cure is more than a year away, and that confinement measures will be needed for a long time to come.

In the United States -- the hardest-hit country on earth -- data showed another 4.4 million US workers filed claims for jobless benefits, bringing the total since the pandemic struck there in mid-March to 26.4 million.

The total for the past week was a drop from the previous three weeks, but remains at stunningly high levels due to government-ordered shutdowns to stop a virus that has already killed more than 46,500 and infected nearly 840,000 Americans.

In Europe, the worst-hit continent with 110,000 deaths, leaders are set to haggle via video conference on a giant economic recovery package estimated at around one trillion euros. 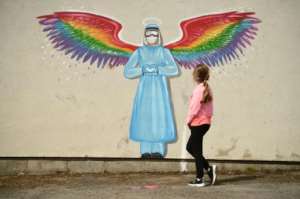 A girl looks at a mural by artist Rachel List paying tribute to NHS staff in Britain. By Oli SCARFF (AFP)

The fight has reopened the wounds of the 2009 economic crisis with debt-laden southern states like Spain and Italy, both badly hit by the disease, demanding help to get back on their feet.

"With the pandemic, nobody calls," says Pedro Oran, a 53-year-old Spaniard who usually works by helping a plumber, as he lined up to collect food for the first time at a Madrid soup kitchen.

But richer northern countries like Germany and the Netherlands, while saying they are ready to help for now, insist they will not take the long-term step of pooling debt with Mediterranean governments they accuse of profligacy. 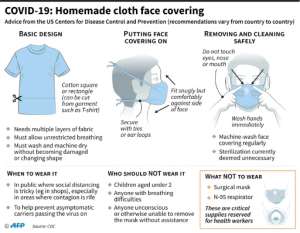 Making and using a homemade face covering to help prevent the spread of coronavirus. Advice from the US Centers for Disease Control and Prevention. By Gillian HANDYSIDE (AFP)

"In the spirit of solidarity, we should be prepared to make completely different, that is to say significantly higher contributions to the European budget over a set period," German Chancellor Angela Merkel told lawmakers in Berlin.

In a sign of how far apart the bloc's 27 countries are, leaders will not even issue their usual joint statement after the videoconference, a diplomat told AFP.

Some European countries have slightly eased coronavirus measures but bans on large gatherings have been extended.

Governments elsewhere are taking similar steps, with Vietnam's communist authorities easing social distancing measures as cases reached a plateau with no deaths, with experts saying the apparent success was down to aggressive containment and contact tracing.

"We go to each and every alley, knocking on each and every door," said Nguyen Trinh Thang, a 72-year-old Hanoi resident who is part of a team tasked with zeroing in on any suspected cases.

Yet World Health Organization chief Tedros Adhanom Ghebreyesus on Wednesday cautioned that the struggle is far from over. 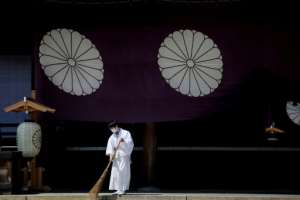 A face mask-clad shrine worker sweeps the ground before a Shinto ritual during the annual spring festival at the Yasukuni shrine in Tokyo. By Behrouz MEHRI (AFP)

"Make no mistake: we have a long way to go. This virus will be with us for a long time," he said.

The WHO and other health experts have warned that strict containment measures should remain until there is a viable treatment or vaccine for the coronavirus.

The race is on around the world, with Britain's Oxford University launching a human trial of a potential coronavirus vaccine on Thursday, while Germany announced that similar trials will start by next week. 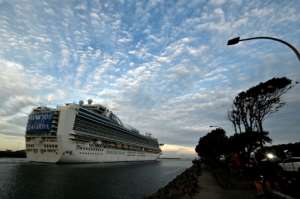 In France, meanwhile, scientists said nicotine may have a protective effect against coronavirus and will trial patches to see if it works.

The theory is based on the low number of smokers among those hospitalised with the disease, according to various studies.

While the planet looks to science for a cure, the response to the coronavirus is becoming increasingly politicised.

China announced on Thursday that it will donate another $30 million to the WHO to help fight the pandemic, days after US President Donald Trump said he would freeze funding to the UN body. 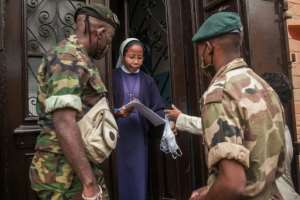 Soldiers in Madagascar distribute masks and samples of a local herbal tea, touted by President Andry Rajoelina as a powerful remedy against the coronavirus. By RIJASOLO (AFP)

Trump accused the WHO of covering up the seriousness of the COVID-19 outbreak in China before it spread around the rest of the world. The US is the WHO's biggest contributor.

Australia's Prime Minister Scott Morrison called Thursday for the WHO to be given powers similar to UN-backed weapons inspectors, allowing their experts to enter virus-stricken countries to help prevent future pandemics.

Morrison has already called for an independent investigation into the global response ot the contagion including the WHO's handling of the crisis and China's early response to the outbreak in Wuhan, where the virus emerged late last year.