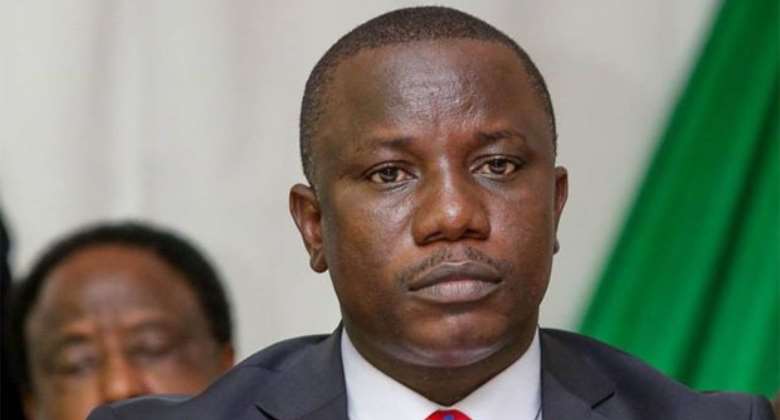 The Supreme Court has adjourned ruling on a suit challenging the legitimacy of the Ghana-US military cooperation agreement.

The adjournment followed the inability of the panel members to have a conference prior to the ruling as a result of the coronavirus (COVID-19) pandemic, which has affected court sitting in the country.

The suit was originally scheduled for ruling yesterday after both parties had filed their written submissions.

Justice Anin-Yeboah, the Chief Justice, adjourning the case yesterday, stated that they were unable to have a conference due to the partial lockdown which was imposed on parts of Accra and Greater Kumasi to curtail the spread of the virus.

The Ashanti Regional Youth Organizer of the opposition National Democratic Congress (NDC), Yaw Brogya Genfi, filed the suit asking the Supreme Court to nullify the military cooperation agreement between the Government of Ghana and the United States of America (USA) although the deal had been ratified by Parliament.

In the suit, which has the Attorney General and Minister of Justice, Gloria Akuffo, and the Minister of Defence Dominic Nitiwul, as defendants, the plaintiff claimed that the decision by Parliament to ratify the agreement is contrary to constitutional requirement.

Per the agreement, Ghana has entered into collaboration with the US military which would allow exchange of military cooperation, including unfettered access to some facilities.

The deal will also allow for military training activities between the armies of the two countries.

Ghana is expected to earn some $20 million to aid military training as part of the agreement.

Prior to the ratification, NDC Members of Parliament (MPs) turned Parliament House 'upside down' and tried to prevent the House from ratifying the controversial deal.

They disabled the electronic microphones amid disruptive banging of their desks.