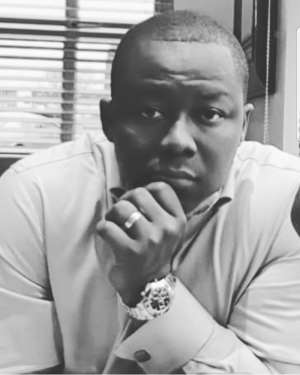 Disappointed Ghanaians have had mixed reactions to their long-awaited expectation; being an extension to the partial lockdown decision President Akufo -Ado made as a measure to combat this outrageous virus COVID - 19 that has taken the world by surprise since January.

President Akufo-Ado in his seventh nation's address announced the lifting of the two to three weeks lockdown of the cities which he explained as the high risked areas, greater Accra and the Kasoa metropolis as well as greater Kumasi and its environ.

The lifting of the ban that was imposed has rather infuriated some Ghanaians whereas others were excited looking at the media spectrum after the president's announcement. While others like the manager of Citi FM feel that the decision of the president is the best, the CEO of Winners Radio UK a former radio presenter of Ash FM and Kessben FM in Kumasi Mr. Kingsley Owusu Brobbey an addict supporter of the current government in power New Patriotic Party has disagreed vehemently with both the president's decision and to those in support.

Mr Kingsley Owusu Brobbey is not of the view that the president's decision to lift the ban should be based on the ascendency or reduction of our infected cases as others have argued. In that, it didn't make sense to partially lockdown the prone areas when cases were in the hundreds and rather when the nation has hit the thousands he rather lifts the ban that was imposed on the affected areas. According to him the president's measures and decisions taken to curb this pandemic has been phenomenal especially before Ghana recorded its first case.

In the president's address as his usual opening remark; He said, “Fellow Ghanaians, in view of our ability to undertake aggressive contact tracing of infected persons, the enhancement of our capacity to test, the expansion in the numbers of our treatment and isolation centres, our better understanding of the dynamism of the virus, the ramping up of our domestic capacity to produce our own personal protective equipment, sanitisers and medicines, the modest successes chalked at containing the spread of the virus in Accra and Kumasi, and the severe impact on the poor and vulnerable, I have taken the decision to lift the three (3) week old restriction on movements in the Greater Accra Metropolitan Area and Kasoa, and the Greater Kumasi Metropolitan Area and its contiguous districts, with effect from 1 am on Monday, 20th April. In effect, tomorrow will see the partial lockdown in Accra and Kumasi being lifted.”

Was it not the same President Akufo-Addo who stated that the ravaging Coronavirus disease COVID-19 is so extraordinary that it calls for the people of God to seek the face of the one true God for healing and restoration? Did President Akufo-Addo indeed said “ These are not ordinary times, eminent clergy, and in such times the country, whose population is predominantly Christian, must seek the face of one true God for healing and restoration, so I humbly call you for this prayer meeting for us to join together to pray to the Almighty God to heal this land and save us from this pandemic “

Mr Brobbey believes Erudite leaders of these well-organised churches like church of Pentecost, Assemblies of God, Christ Apostolic, Royalhouse Chapel, Perez Chapel, International Central Gospel Church, Christian Action Faith Ministries, Lighthouse Chapel, Catholic, Methodist, Presbyterian Churches, etc. whom the president sought their assistance through prayer would have done a great job by educating their members whom most of them are market women of the importance of the social distancing which the deployed security forces couldn't handle effectively.

Most leaders of these organisations are well educated and would have done a good job. Most of them already ran multiple services and therefore instilling social distancing measures, washing of hands, application of hand sanitisers and other W.H.O protocols set in place wouldn't have been a challenge. He shouldn't forget that these organisations also have staff that help in the day to day operations, therefore, keeping them at home isn't an ideal situation and family members also rely on these people for survival.

The clergy plays a very vital role in the governance of our nation Ghana. Constructive Critics like Mr Brobbey, although has commended the president and his government of most of the measures taken, have asked the president to reconsider his decision on the lifting of the partial lockdown of businesses and others leaving out the churches. That said, he knows there are other 'charlatan' in the system that would mud the good ones but he knows the majority would be up for the task.