By Sarah Elzas with RFI
Europe 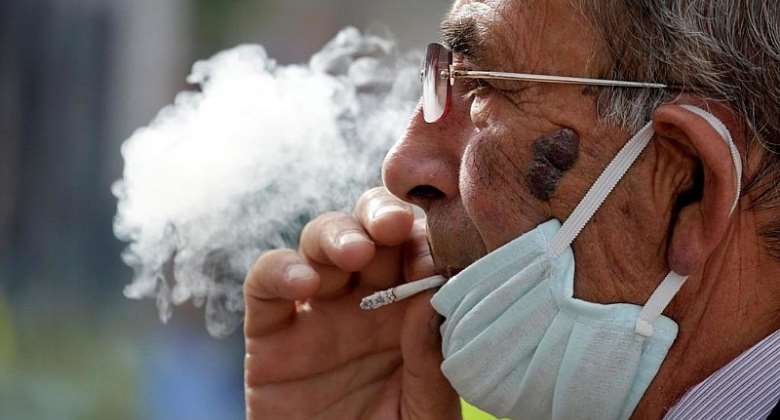 Researchers studying Covid-19 patients in the Paris public hospital network have found some evidence that smokers could be better protected from the virus than others.

They have proposed a further study on nicotine's role in keeping the virus from taking over the body, though have warned against people taking up smoking, which carries other health risks

.Researchers from several institutions looked at 482 patients at the Pitié-Salpêtrière hospital in Paris who tested positive for Covid-19, and found that their smoking rate was much lower than the general French population, where 25.4 per cent of people report smoking daily.

This surprising finding prompted further investigation, and accounting for age and sex, the researchers found that the small number of smokers appeared to have had some kind of protection against the virus.

Smokers could be protected
The study “confirms that active smokers are protected against the Sars-Cov-2 infection,” writes the press release. “The reasons for this protection are not established, but nicotine could be a candidate.”

The researchers warn that people should not take up smoking, as it carries health risks and smokers who become infected with Covid-19 often develop more serious symptoms because of the effect of tobacco smoke on the lungs.

The head of France's national health agency, Jerome Salomon, said the nicotine link is only an unproven hypothesis at this stage, and warned that smoking remains the number one killer in France, with 75,000 people who die of smoking-related complications each year.

How would it work?
In an upcoming article (in pre-print here) researchers write: “Although the chemistry of tobacco smoke is complex, these data are consistent with the hypothesis that its protective role takes place through direct action on various types of nAChRs [nicotine receptors] expressed in neurons, immune cells (including macrophages), cardiac tissue, lungs, and blood vessels.”

In other words, nicotine could block the virus from entering the body through neurons in the olfactory system or through lung cells.

The hypothesis remains to be proven. The researchers are looking to organise a clinical study using nicotine patches, pending approval from French health authorities.

The study would have three aims: to see if nicotine prevents infection in healthcare workers; to see how it works therapeutically and to lower symptoms in hospitalised patients; and to see its effect on patients in intensive care.