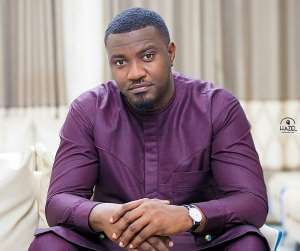 After showering praises on Madam Lydia Alhassan for her support and effort to the Ayawaso West Wuogon constituency, the Education Minister failed to recognized John Dumelo who has actively helped the constituency.

When NAPO was prompted to that, this was what he said:

NAPO: I mean the lady

Adom Otchere: Are you referring to John Dumelo?

Adom Otchere: He is the parliamentary candidate for Ayawaso West Wuogon

NAPO: Aaaaah? Why did he get one of the free cars?