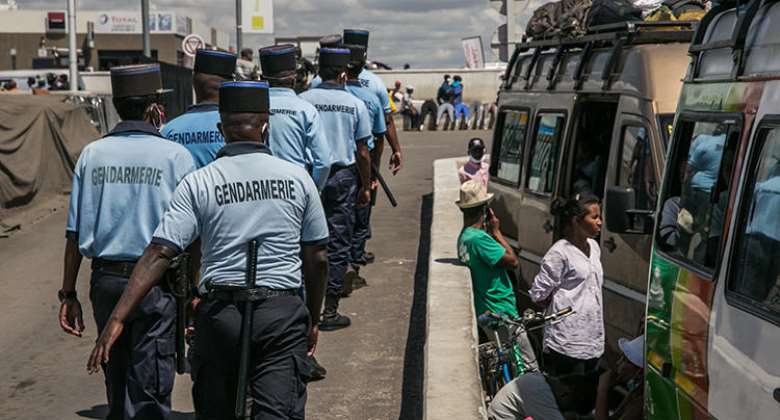 Authorities in Madagascar should immediately release journalist Arphine Helisoa and halt the legal proceedings against her, the Committee to Protect Journalists said today.

On April 4, authorities detained Helisoa, the director of the privately owned Madagascar-based Ny Valosoa (The Reward) newspaper, according to a report by French public broadcaster Radio France Internationale.

Authorities, citing article 91 of Madagascar’s penal code, allege that Helisoa spread false news and incited hatred toward President Andry Rajoelina, according to the same RFI report and a statement posted on the Facebook page of the Madagascar Ministry of Communication and Culture.

However, the publication cited in that ministry’s statement as having caused the offense is an April 2 report in the France-based, privately owned news website Ny Valosoa Vaovao (The New Rewards). Ny Valosoa Vaovao stated in a post on its Facebook page that Helisoa “in no way contributed” to the report for which she was jailed. Helisoa’s lawyer, Willy Razafinjatovo, told RFI that Helisoa is only responsible for the written newspaper Ny Valosoa in Madagascar.”

If convicted under article 91 of the penal code, Helisoa could face up to five years in prison and a possible prohibition of additional rights, including voting, for up to 10 years, according to Madagascar’s penal code .

“Authorities in Madagascar should drop their ludicrous campaign against journalist Arphine Helisoa and halt efforts to intimidate the press,” said Angela Quintal, CPJ’s Africa program coordinator. “Helisoa should be freed immediately, and Madagascar’s laws should be reformed to ensure people can gather and distribute news and opinion without fear of imprisonment.”

Helisoa’s lawyers have applied twice for provisional release and been denied both times, and she had been moved from quarantined detention into the general prison population, Miary Rasolofoarijaona, secretary general of the Order of Journalists of Madagascar, a local press association, told CPJ via messaging app on April 17, citing communication with Razafinjatovo.

CPJ called Razafinjatovo, but the connection was too poor to speak with him. According to RFI, Helisoa is detained in Antanimora Prison in Antananarivo, Madagascar’s capital.

The April 2 Ny Valosoa Vaovao report, also posted to the outlet’s Facebook page , referred to Rajoelina as a “killer” for his alleged mismanagement of Madagascar’s COVID-19 response.

Rasolofoarijaona told CPJ via messaging app that Helisoa had corresponded with the website administrator of Ny Valosoa Vaovao, but there was no formal relationship between the two publications, which simply have similar names.

Rasolofoarijaona told CPJ that Helisoa’s arrest could be retaliatory for her criticism of the government. “[It] is the will of the regime to intimidate all those who try to criticize it. Arphine is the ideal person,” Rasolofoarijaona said.

In 2019, Madagascar authorities prosecuted Helisoa and journalists Nadia Raonimanalina and Mahefa Rabearivony for defamation for a report alleging the improper use of military equipment, according to news reports . In that case, Helisoa was acquitted, but Raonimanalina and Rabearivony were fined 10 million ariary ($2,649), according to those reports.

Odette Balsam Razafinoelisoa, the prosecutor in charge of the case, told CPJ via phone that she could not speak about the case. CPJ’s messages to Razafinoelisoa sent via messaging app on April 15 were marked as read, but received no response.