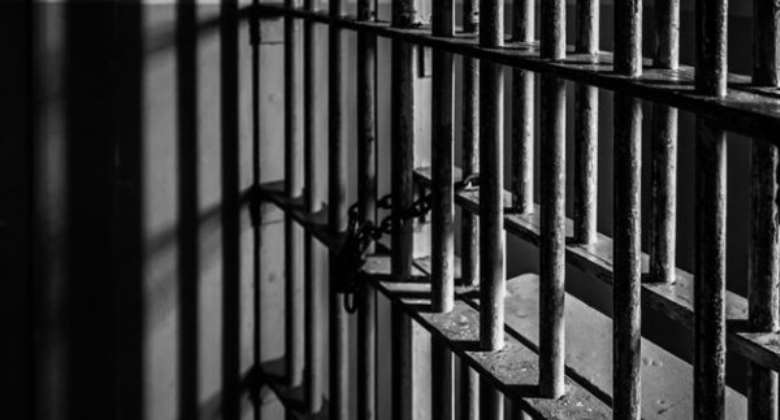 Osunwa Kingsley, 24, trader and Ikenna Mboyi, 22, glass fabricator who robbed Mr Kinansua Musah Kombat with a motorbike denied conspiring to rob him but were found culpable after trial.

Prosecuting, Police Chief Inspector William K. Boateng told the Court presided over by Mrs Afia Owusua Appiah that Mr Kombat, the complainant is a civilian employee of the 37 Military Hospital, whilst the convicts are Nigerians.

On February 22, 2019, the complainant was sent by his boss with a cheque to cash an amount of GH¢5,000.00 from the Standard Chartered Bank at the Opeibea House.

He said the complainant after withdrawing the money put it in a brown envelope and boarded a commercial bus heading towards 37 Military Hospital.

Chief Inspector Boateng said the victim alighted at the 37 bus stop opposite the Max Mart and was waiting to cross to the Hospital's first gate, when Osunwa, who was in charge of a Daylong 125 motorbike with Mboyi as the pillion rider trailing him rushed on the victim.

He said Mboyi held Mr Kombat's left hand, twisted it and forcibly took the envelope containing the money from him and sped off.

Prosecution said an eye witness, who was also on a motorbike and saw what transpired chased the two to Pig Farm, where a car crossed the convicts' and knocked them down.

The Prosecution said the witness then took the envelope from them, raised an alarm which attracted onlookers who nearly lynched the two but for intervention of Corporal Martey Agbeko, a military officer and Police Corporal Vida Asibiri.

Chief Inspector Boateng said they arrested Osunwa and Mboyi and handed them over to the Kotobabi Police.

The Prosecution said the suspects were later arraigned.