COVID-19 National Trust Fund; Could John Mahama Have Been Transparent & Accountable To The People? 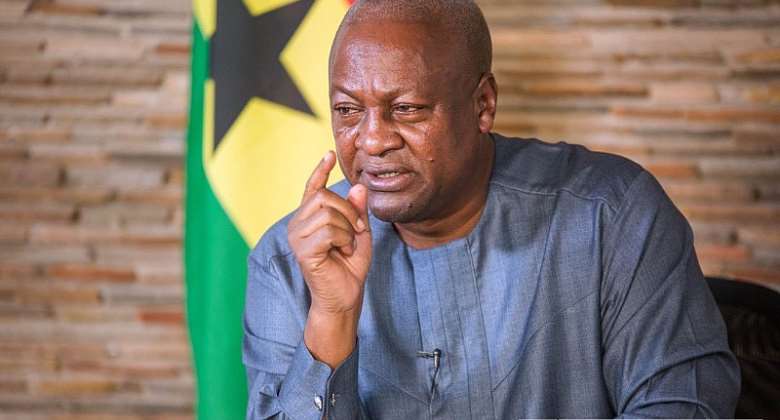 In the history of Ghana's 4th Republic, there has not been so much debate on corruption and corrupt State leadership than the era of Mr. John Mahama as President.

The rank and file of his government had one distinguishing feature, a view many of Ghanaians, even the international community shared up until today. It was nothing but corruption if not incompetence and the 'babies with sharp teeth' epidemic.

Freelance journalist Manasseh Azure Awuni in his book The Fourth John describes the John Mahama administration as an opaque and unaccountable government. Most definitely, an opaque leadership equally built on unaccountability breeds corruption, and such was the outcome of Mr. Mahama's government.

Having been extremely choked with the rot of Mr. Mahama's administration, the leading founder of the NDC which formed government at the time, Fmr. President Flt. Lt. J.J Rawlings confessed, "there have been times in the past when I felt like booting this party (NDC) and moving on; the only things that have however prevented me from doing so is the plight the remaining good people would face".

He (Mr. Rawlings) further confessed, "such a departure (from the NDC) will allow the agents of greed, and avarice and dishonesty to further deepen their claws on you and the party. We squandered many opportunities to clean up and to restore the June 4th principles at the party. I want to remind people that we could not have possibly forgotten that generals were executed".

As though that was not enough, the founder and leading figure of the party on whose ticket Mr. Mahama contested and won the legally battled election 2012 highlighted that "the greed, corruption, and injustice of today is a thousand times more than what these generals were executed for, and if we are unable to restore a firm measure of integrity into our dealings, then the blood of many would have been shed in vain".

From the Ins and Outs of the Mahama led NDC government, all arrows point to the reality that given charge over the affairs of the nation in these very difficult times of the COVID-19 pandemic vis-à-vis the Airbus Scandal and others, the Ghanaian people could never have had the honour of a greatly transparent and accountable fund management as we see every day on our televisions.

Management of the National COVID-19 Trust Fund as created by President Akufo-Addo has shown exemplary leadership. They have proven to be trustworthy citizens, a character that was always missing in the John Mahama administration.

It is thus conclusive why discerning Ghanaians are applauding President Akufo-Addo for his outstanding leadership shown so far and the transparency at which donations into the fund are openly received. At a go, the world has been granted the open opportunity to tally donations received so far to hold the government accountable at the end of the fight against COVID-19. Could Mr. John Mahama had been this transparent?