Killing of 31 Fulani in Burkina Faso could be war crime, according to HRW 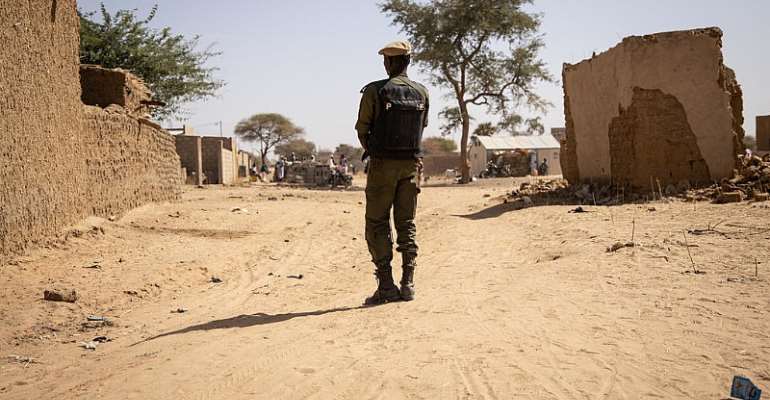 An international rights watchdog is calling for accountability in Burkina Faso after 31 unarmed men were killed earlier this month in Djibo, a town in the northern part of the country, allegedly by government forces.

"The Burkinabé security forces apparently executed 31 men in a brutal mockery of a counterterrorism operation that may amount to a war crime and could fuel further atrocities,” said Corinne Dufka, Sahel director at Human Rights Watch.

According to statements taken by the US-based human rights group, the men were rounded up various parts of town after Burkinabé armed forces asked for their identification during a significant government counterterrorism operation. According to eyewitness statements taken by HRW, they were carried off in a convoy of about 10 vehicles, and not seen alive again.

The residents said they heard gunfire, then searched for the men a few hours later, finding the bodies of the detainees. None were armed, and some were bound, according to the eyewitnesses.

“There was no gunfire before the arrests. If there had been tension, or an attack … we'd not have gone to the well, clinic, or to our fields,” an elder told HRW, pointing out that residents were going about their day normally

“The government should immediately and impartially investigate the killings and hold to account all those responsible, regardless of rank,” said HRW's Dufka.

If someone links you to terrorists, you are dead

“Yes, there are Fulani who are terrorists, but not everyone,” says Hassan, a former resident of Djibo who is following the situation. He asked not use his real name due to the tense security conditions.

The security services “go to the villages where these people grew up and look for their relatives. The relatives don't support terrorism, they are living in their villages. But they detain these people who they see as complicit in terrorism,” he tells RFI.

Residents who spoke to HRW believe that the village was targeted because a number of armed Islamists were seen in the area.

“If someone accuses you of having a link or being involved with terrorists, you will be killed. You are dead,” adds Hassan.

No judicial process
HRW has documented the killing of more than 300 civilians by armed Islamist groups and several hundred men by government security forces since 2017. The presence of Islamist groups in the region and their ongoing attacks has displaced 775,000 people.

Although the security services are tasked with capturing terrorists, there is no regard as to proper judicial process, according to Hassan, likening the area to the 'wild west'. The whole region is inaccessible from the outside due to insecurity, so lawyers cannot conduct an investigation, he says.

There are three camps for different security forces in Djibo, including a police station, a gendarme base, and barracks that house the mixed counter-terrorism force, Groupement des Forces Anti-Terroristes (GFAT).Witnesses tell HRW that they believe it was GFAT that carried out the killings of the 31 men on 9 April.

A state of permanent fear
Hassan was willing to speak to RFI, but noted that others are too scared.

“People live in permanent fear here,” he says.
It is hard enough to live as a herder or a farmer in the area, but many who do not support the Islamists feel that they are already targeted because of family ties to those who have chosen to go fight with them, says Hassan.

“Sometimes people don't have a choice-- the terrorists promise that they will be protected, so they go there,” he adds.

For Hassan, one way forward would be with the government voluntary initiative that deals in mediation. “But the government needs to involve all the ethnic groups in the organization, not just a few,” he says.

Human Rights Watch calls for accountability to stop abuses against residents and to commit to a rights-respecting counterterrorism strategy.