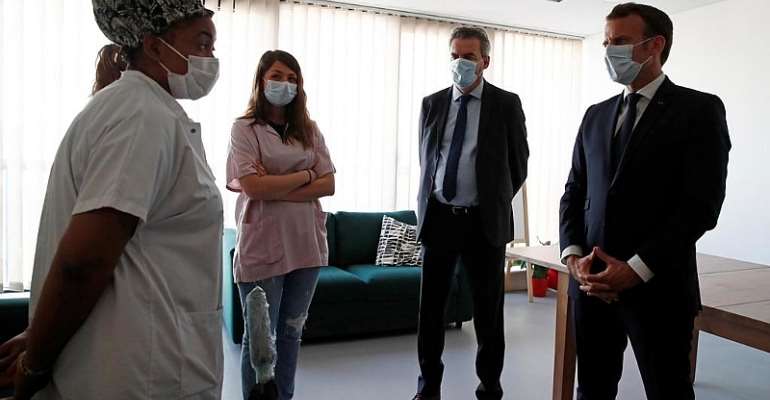 A new poll shows that French confidence in the govenment and its handling of the Covid-19 pandemic has dropped sharply, despite a reasonably high level of individual optimism. Figures show people are anxious with regard to the easing of lockdown measures from 11 May.

The poll was carried out by Harris Interactive on 20 and 21 April at the request of LCI television based on 928 people, 18 years and older from different areas of France.

This is the fifth weekly poll in a row, set up to gauge how the French are coping with the lockdown measures designed to curb the spread of coronavirus, which came in to effect on 17 March.

Published on Wednesday, the poll showed a majority of French people are coping with confinement reasonably well, with 57 percent saying they feel positive with occasional dips in confidence.

Fluctuations were observed before and after the televised speeches of President Emmanuel Macron and the press conference of the Health Minister Olivier and Prime Minister Edouard Philippe.

Lower confidence in leadership
However, the latest figures show that where confidence takes a hit, is on the political front.

48 percent of those polled say they have confidence in the government to take efficient measures to end the coronavirus epidemic, a drop of 10 points compared to last week, despite the announcement by President Emmanuel Macron on 13 April to gradually lift lockdown as of 11 May.

Only 45 percent have confidence in the government's ability to give sincere information about the timeline for lifting confinement measures (down 8 points).

And 57 percent feel the government did not take enough vital steps at the beginning of the crisis. Only 9 percent said the measures put in place were too strict.

Economic initiatives
Confidence levels were slightly higher when it came to efforts to save the economy.

One out of two people (53 percent) feel confident that the government will take the right steps, and 50 percent had confidence in social measures.

Prime Minister Edouard Philippe said in his press conference on Sunday that life would never be the same again, and 78 percent of interviewees agreed with him, regardless of age or social background.

What is interesting is that despite the difficulties of remaining in isolation, most people said they were favourable to limitations in their personal freedoms for the greater good.

When it came to maintaining confinement, 93% agreed that isolation at home or at a hotel should be imposed for people who have tested positive to covid-19 and 54% said people over 70 should remain in confinement.

On the question of returning to school progressively, as confirmed by the Education Minister Jean-Louis Blanquer on Tuesday, 65 percent of parents thought going back to school on 11 May was a bad idea.