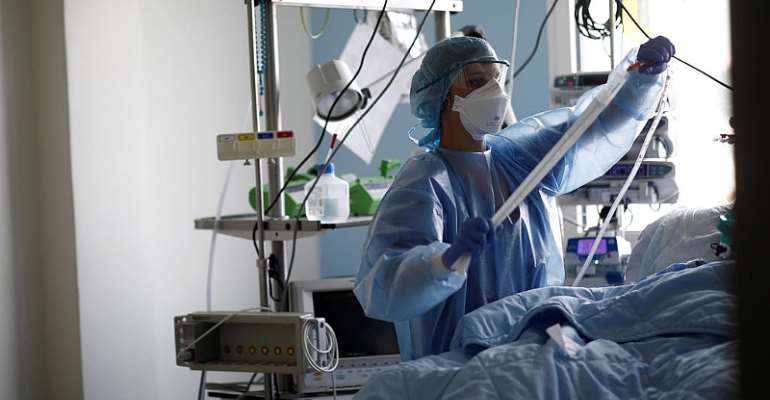 As France entered a seventh week of nationwide confinement to slow the spread of Covid-19 on Wednesday, official figures continued to show a slow but gradual easing of pressure on hospitals.

Official data showed there were 117,324 confirmed cases in France, which means those cases for which a test has turned up positive.

Authorities acknowledge the real reach of the virus causing Covid-19 is much larger, and France's policy since the beginning of the epidemic has been to test only the most serious cases.

Mortality figures in gradual decline
Salomon reported 387 people had died from Covid-19 in the previous 24 hours. While figures fluctuate from one day to the next, mortality figures are on the average down about 100 per day from what they were at the height of the epidemic two weeks ago.

The number of patients in intensive care has been on the decline for nearly two weeks. There were 5,433 people in ICU, down from a peak of 7,148 on 8 April.

With France having boosted its ICU capacity from 5,000 to 9,000 beds, with a target of 14,500 in total, the hospital system has been well within its capacity to handle the epidemic, even though some patients have been transferred from the most affected regions.

A further 144 deaths were entered into the toll in care homes for the elderly, where a total of 7,896 deaths due to Covid-19 have been reported so far.

France's official death toll as of Wednesday at midday was 20,796.