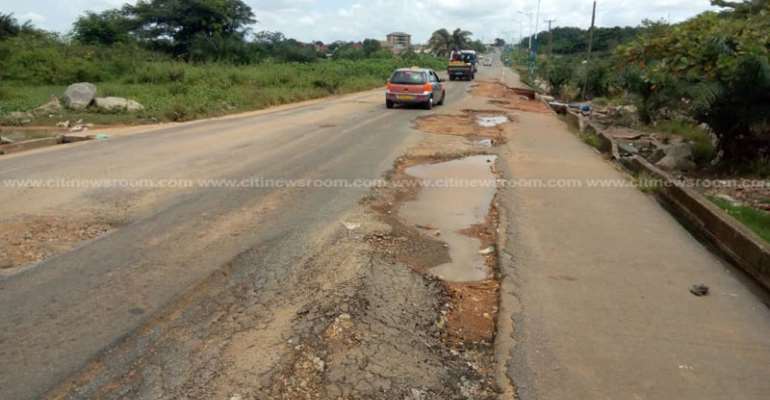 A portion of a constructed road that was fast deteriorating after major repairs, looks set to permanently stay in good shape this time around.

Some residents bizarrely have the belief that the performance of some rituals to a major river god that lies on the portion of the road has protected the road from deterioration and not necessarily the shoddy works done by the contractor.

Strangely, the road deteriorated few months after completion sparked heated debate between the NPP and the NDC over how the contract was awarded.

The present District Chief Executive (DCE), Alidu Seidu, has ordered for the road to be repaired several times, only for it to be destroyed again.

He expressed surprise at the rapid manner in which the road network was getting destroyed after every major repair.

Seidu said authorities became alarmed over the reoccurring destruction of the road so they began to search for answers to stop the trend.

He said the traditional leaders in Asokore Mampong were therefore contacted and they advised that a sacrifice be made to a river god on the road.

The MCE stated that some sacrifices were performed recently and since then the construction of the road was progressing.

“The road was constructed in a haphazard manner, even a day before the 2016 elections, the road was being constructed, just for votes,” Seidu said, adding that it may have accounted for the shoddy works because there was no proper supervision but said the continuous destruction was strange to the residents.

“A new bridge is being constructed on the said road with bigger culverts and the sacrifices have been performed so hopefully the reoccurring destruction on the road will stop,” he added.

Spectacular and Elusive Bird Rediscovered in Atewa Forest
1 minute ago