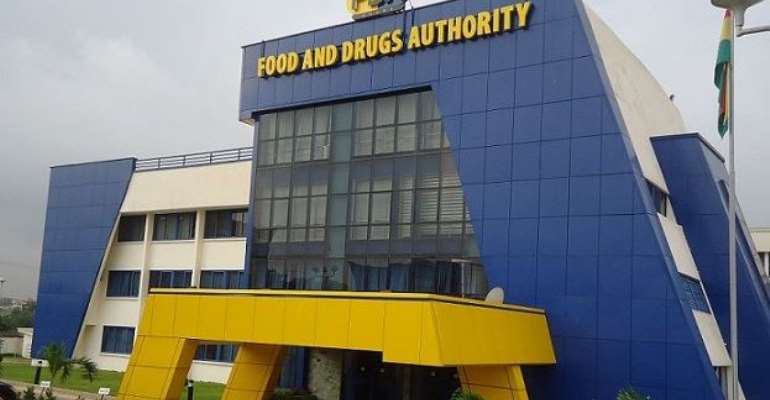 While some think the regulatory authority was only doing its work, others hold the view that the action can only kill the local entrepreneurship spirit of Ghanaians.

Sympathisers of the manufacturer are introducing conspiracy theories into the

COA Herbal Centre, producers of the food supplement, until the action of the regulatory authority, were making a headway from the patronage it was enjoying, especially persons who required instant absorption of nutrition from food supplements in the wake of the COVID-19 pandemic.

The FDA-chastised food supplement is a favourite of victims of life-threatening ailments such as liver problems, cancer, diabetes, among others.

Already, there are wild allegations that there had been 'subtle manouvres' by some officials of the regulatory to deny the food supplement consistent market on the Ghanaian space but the FDA has rubbished the claims.

“There could be other reasons beyond the so-called quality concern raised by the regulators,” an anonymous patron of the product pointed out yesterday.

The non-reference to batch numbers in the statement from the regulators is also another area of a query from those campaigning for the restoration of the product.

COA FS Herbal Centre claims that they have cooperated sufficiently with the regulators over the years and did not understand what was going on.

They said an FDA official visited the company's plant, following which was the issuance of the negative testimonial.

COA FS is also claiming that there is also a backlog of its products awaiting certification by the regulator.

The herbal company claimed that they made a statement about the supplement under duress to the regulator.

The herbal company said further that the standard procedure of demanding of companies to recall their products before the regulators goes public was breached in the case of the food supplement under review and said there was what looked like 'muscle flexing' by the regulator.

It would be recalled that the FDA issued a query for the food supplement under review which was touted as an important booster of the immune system at a time when this shield is required to ward off the negative effects of COVID-19.

The regulator had said that the supplement did not meet the required standards for human consumption and should therefore not be patronized.

‘We Won’t Tolerate LGBTQ+’ —Ga Chiefs back criminalization b...
25 minutes ago