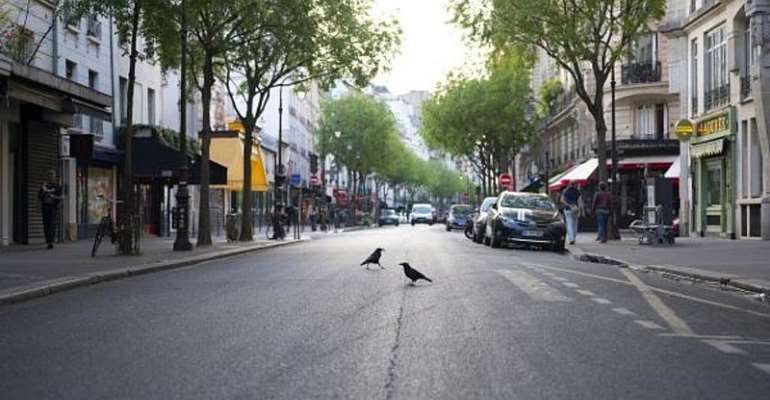 France has the opportunity to build a green economy to prevent and be better prepared for future health and environmental crises as it emerges from the Covid-19 epidemic, according to a report of climate advisors created by President Emmanuel Macron.

Build a green economy to be better prepared for future health and environmental crises: that is the crux of the recommendations of France's High Council on Climate (HCC).

The advisory board, which Macron established last year to advise the government on how to handle climate change, laid out 18 recommendations on how to recover from the Covid-19 crisis in a report presented Tuesday evening.

The panel emphasised links between current and future epidemics and the way human activities affected the environment.

“Most of the structural causes of the pandemic are also at the origin of climate change, in particular the unsustainable pressure we put on natural spaces,” said HCC President Corinne Le Quéré said in an online press conference.

The pandemic has been “a brutal reminder of our fragility, the scant attention we pay to warnings, the lack of preparation and prevention”, Le Quéré said. “If we neglect the warning signs as we did for the pandemics, the impact will be fierce.”

Recovery must be green, not grey
The researchers and economists of the HCC said green policies and efforts to reduce of greenhouse gas emissions should be at the heart of economic renewal plans.

“This 'recovery' must be green, not grey, maximise co-benefits for climate and ecosystems and must not lock down on carbon-intensive trajectories,” the HCC said.

Doing so means not taking the same global measures that were taken to recover from the financial crisis of 2008, which largely favoured big polluters and led to a decade of unprecedented greenhouse gas emissions.

As a result, nearly five years after the Paris deal on climate change, France is not on track to meet its target to reduce emissions by 40 percent of 1990 levels by 2030 and to reach carbon neutrality by 2050.

French lawmakers are facing pressure to take a different path as they debate how to implement a 20-billion-euro rescue plan for companies.

“The clearer the constraints from the beginning, the better their chance for success,” Le Quéré emphasised.

“We've heard the President of the Republic express a wish to rebuild a better world,” Le Quéré said, referring to Macron's most recent televised address.

“But will this translate into measures that will lead us to a better world, or will the pressure of lobbies and time be too great?”