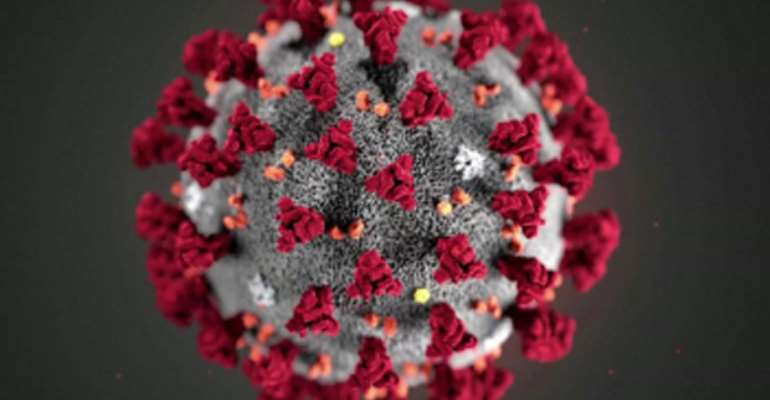 COVID-19 has taken the world by storm, tested nations' emergency preparedness, scientific research capacities and traumatized many nations. The world's economy is badly dented, the lives of individuals have changed and livelihood is seriously threatened. The world can only recall the devastating Spanish Flu which lasted from January 1918 to December 1920, over hundred years ago without empathy and consequently many nations initially considered the news of the outbreak as a Chinese problem.

In recent times the world had experienced outbreaks of virus such as SARS, H1N1, Ebola, Swine Flu etc but nobody could imagine how deadly COVID-19 could be. Many nations myopically evacuated their nationals to save their lives from being infected but their actions unfortunately paved the way for the virus to spread quickly through their various countries with devastating consequences.

The serious outbreaks of the virus in USA, UK, Italy, France, Spain, Germany and many other European countries confirm this assertion.

The Spanish Flu, also known as the 1918 Flu Pandemic was an unusually deadly influenza pandemic which infected over 500 million people, about a quarter of the world's two billion population at the time. Lasting for a period of two years (1918-1920), the death toll is estimated to have been anywhere from 17 million to 50 million, and possibly as high as 100 million, making it one of the deadliest epidemics in human history. In Ghana, it was estimated that over one hundred thousand (100,000) people lost their lives. Today, the world's population is estimated as 7.656 billion according to the US Census Bureau, and thanks to modern science and communication which spread the news, the outcome could have been close to the Spanish flu.

The sad story is that the UN could not anticipate and organize an international front to confront the virus and individual nations were left to their fate. As other poor nations shivered and hopelessly looked on, the medical resources, capacities and logistics of even the most advanced nations such UK, USA etc. have virtually run out.

The forecast of casualties indicates that over two and a half million people worldwide have been infected and over three hundred thousand (300,000) lives would be lost if a vaccine is not found immediately. This has become possible in view of greed, selfishness and sinful nature of mankind. Developed nations have become so inward looking and behave as if what happens to the rest of the world does not matter. Today, COVID-19 is teaching the world that so long as we all live on planet earth, the destiny of all nations is linked together irrespective of wealth, color, creed or level of development.

World leaders are worried and many are panicking and as the British Prime Minister Boris Johnson stated “we're dealing with a virus whose spread and capacity to cause death are unlike those that we've seen specifically before and therefore we need to be certain that in every area where we can fight this virus, we are improving our capacity and making sure we have the flexibility needed to have all the tools ready in order to fight it”. The Spanish Pandemic indicated that close quarters and massive movements of people throughout the world hastened the pandemic, and increased transmission and augmented mutation. Apart from overcrowding in public places, malnourishment and poor hygiene also promoted the bacterial super-infection and posed a big challenge to mankind. The need to restrict movement as a way of reducing the spread of the virus is key but the stubbornness of human beings has made this non-prescriptive healing power difficult to achieve.

How did humanity bring this upon itself? So many conspiracy theories exist today but the conclusion of the analysis of all the theories suggest that humanity brought this upon itself. Without discussing all the theories, two of them however, have gained popularity. The first is the accusation that either the Chinese or the Americans leaked the virus from one of their many virology laboratories and one major laboratory frequently being targeted is Wuhan Virology Institute in China. The second, a highly disputed theory which however has gained some grounds is the 5G (Fifth Generation) electromagnetic radio frequency. It is being alleged that the generation of this electromagnetic energy to transmit radio frequencies have exposed mankind to high doses of radiation which attacks human cells and consequently, the cause of the disease. The theory is suggesting that the outbreak of COVID-19 virus is a cover up.

I am not going to delve into these theories because whether it was a laboratory leak or 5G attack, the fact of the matter is that there is an OUTBREAK. The second fact of the matter is that the truth will never be found because to me, it is an extension of the Cold War. The Cold War was the term used to describe the enmity between the USA and USSR and their allies. The enmity between the Soviet Union and America resulted in the Arms Race and the subsequent production of nuclear weapons as a strategy to dominate each other and the world. Today that strategy has changed and the emphasis is on the World Economy and whoever controls it controls the world. We have therefore the 'Economic War' and not the Cold War on our hands but interestingly this time round, the struggle is between the USA and CHINA.

There are no rules in winning the 'Economic War' but both countries have their own strategies.

The problem of TRUST which fundamentally undermined the Cold War still exists and therefore in executing the strategies, the use of biological weapons and conduct of other clandestine operations to supplement economic effort to gain supremacy, is the order of the day.

It is based on this reasoning that the Chinese are being suspected of having leaked the COVID-19 to subvert the US economy to give them an advantage. The sad story is that the clandestine use of biological weapon is entirely at the disposal of the respective country and the rest of the world has very little control. This is because the Geneva Protocol on Biological Weapons Convention which prohibits the use of the chemical or biological weapons does not include the possession or development of such weapons and many efforts that have been made by the international community in the past to prevent the possession and development have yielded no results.

Since the UN cannot prevent the development and possession of chemical or biological weapons by member states, there is very little the rest of the world can do to prevent its use or leakage. In effect, the games being played by the developed countries will regularly harm poor nations and we need to take a lot of lessons from what is happening today in order to prepare our nation for the future. In Ghana, the President has scored high marks for his exemplary leadership and effective handling of the COVID-19 which has saved many lives. The problems of COVID-19 are not over yet and there are many herculean tasks ahead which the President alone cannot handle without the cooperation and support of Ghanaians. We need to obey the directives which the President has given without reservation or deviation and stop politicizing issues to win political points.

Many opposition parties in other countries have thrown their weights behind their Governments but in Ghana the story is different as the Opposition Party seeks to win political points with every decision of Government. The most interesting thing is that in the absence of major faults, the NDC has resorted to twisting issues, misinforming the public and cunningly making dangerous suggestions to fault the Government. When the Government forms an Emergency Committee to respond to the crisis, the NDC who thinks everything must be opposed also forms an 'opposition' emergency committee. When the President met political parties to share ideas, the Chairman of the NDC recommended to the President, to lift the ban on radio stations (who failed to pay their taxes) to enable them go, mislead and insult Ghanaians as they normally do. In their mind set everything the Government (NPP) is doing is simply to rig 2020 elections as if the NPP brought Coronavirus to infect Ghanaians.

The NDC has failed to acknowledge that if the Government had heeded the NDC North Tongu MP's (S. Okudzeto Ablakwa) advice to evacuate Ghanaians in Wuhan many Ghanaians would have perished by now as is being experienced in USA and Europe and knowing the NDC, they would have put a spin on it and treacherously accused the NPP of killing Ghanaians.