Covid-19: Bono Region Ban Use Of 'Pragyia' For Conveying Passengers 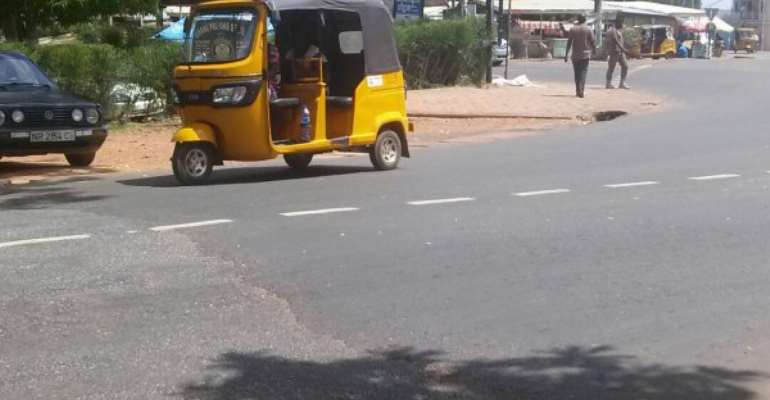 She said the region was determined to ensure the populace complied with social distancing protocols to stem the spread of the novel Corona Virus Disease.

Mrs. Kumi-Richardson noted that despite the economic value on the use of tricycle for commercial purposes, the ban on the use of it was to protect the people, possibly from contracting the virus, and advised users and owners to comply accordingly.

Mrs. Kumi-Richardson said this when she presented food items worth thousands of Ghana cedis to the Bono Regional executives of the Motorcycle Owners and Tricycle Riders Association at a short ceremony in Sunyani.

The items comprising bags of rice, sugar, boxes of sardines, quantities of cooking oils and boxes of tomato paste, are to be distributed solely among the tricycle riders in the region.

Mrs. Kumi-Richardson admitted the ban on the use of the machines had affected the economic livelihoods the tricycle riders, hence the need to support them with food items.

“We understand what you are going through, but we don't have any other option than to temporary stop the use of the machines in order to protect you as riders and passengers from contracting the virus”, she said.

“I am assuring you we will consider the possibility of lifting the ban as and when necessary. Until then I expect everybody to comply with the ban because we will not spare anybody who flouts the ban”.

Alhaji Ibrahim said the food items would be distributed to the targeted people, saying the ban had worsened the socio-economic situation of the riders and some owners as they depended on the machines to fend for themselves and their families.