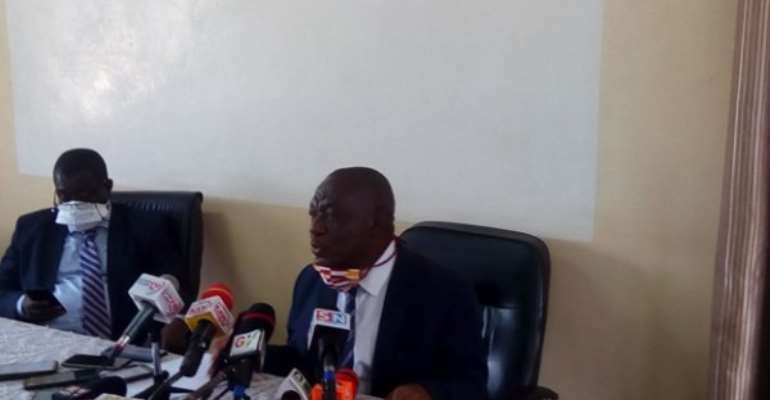 Dr. Emmanuel Tinkorang, the Regional Director of Health Services, announced at the weekly media briefing that enhanced surveillance was the way to go after the government lifted the partial lockdown in Greater Kumasi and Accra Metropolitan Areas.

“What we are going to do now is to strengthen surveillance and we have come out with certain key activities and strategies that we are going to embark on since Ashanti Region and Greater Accra have been classified as high burden”, he stated.

He said as part of the enhanced surveillance, the region would embark on active contact-tracing where contacts would be isolated, tested and follow-up all such persons.

He said those who would test positive would be quarantined either in their homes or designated isolation centres for treatment to reduce community spread.

Dr. Tinkorang also indicated that the region would conduct mass screening in identified hot spots where confirmed cases had been recorded, saying that, all households in such places would do voluntary testing.

“We are also considering testing high-risk groups, including the frontline health workers, drivers, journalists and market women. These are the people who come into contact with a lot of people” the Regional Director hinted.

The routine surveillance, he noted, would continue and urged the public to immediately contact the nearest health facility or the Rapid Response Team when they show symptoms of the COVID-19.

He said a 20-bed capacity isolation centre had been set up at the Kumasi South Hospital to cater for suspected cases with mild symptoms while those with moderate to severe symptoms would be admitted at the Komfo Anokye Teaching Hospital.

He spoke of the need for people to put on face masks when going out because a higher proportion of the confirmed cases were asymptomatic.

He said such people could easily spread the virus without knowing since they do not show any sign of the disease though they were carriers.