IFAD Fund To Mitigate COVID19 Impact Is A Critical Intervention

Smallholder farmers across the country have welcomed the move by the UN’s International Fund for Agricultural Development (IFAD) to committed US$40 million to support farmers and rural communities to continue growing and selling food during these trying moments.

A farmer at Kintampo in the Bono East and 2019 National Best Agroforestry farmer, Mr. Asare Robben said many small-scale farmers are unable to buy inputs, such as seeds or fertilizer; and he believes that the fund coming in from IFAD is at the right time.

“The planting season is beginning soon and we need inputs, such as seeds or fertilizer but due hardship most of us can’t afford them; I’m pleading with the Government and IFAD to make sure materials needed by farmers reaches us on time and not after the planting season,” he said.

A Maize farmer in Tamale Lamashegu in the Northern Mr. Khwaja Yussif said that the US$40 million funds to support farmers and rural communities to continue growing and selling food during these trying moments is delightful.

Chief Executive Officer for BEIT Farms Mr. Evans Larbi said he is extremely happy that the government would not be the only manager of the fund.

“There are situations where funding of this nature comes in and the majority of smallholder farmers don’t benefit; IFAD must keep an eye on how it will be disbursed” he added.

President of IFAD Mr. Gilbert F. Houngbo in a press release today said that the new multi-donor fund, which they describe as COVID-19 Rural Poor Stimulus Facility, will mitigate the effects of the pandemic on food production, market access, and rural employment.

“The Facility will ensure that farmers in the most vulnerable countries have timely access to inputs, information, markets, and liquidity,” he said.

Mr. Houngbo stated that on top of its own contribution, IFAD aims to raise at least $200 million more from the Member States, foundations and the private sector.

According to him fallout from COVID-19 may push rural families even deeper into poverty, hunger and desperation, which is a real threat to global prosperity and stability.

Mr. Houngbo said many small-scale farmers are unable to access markets to sell products or to buy inputs, such as seeds or fertilizer; adding that closures of major transport routes and export bans are also likely to affect food systems adversely.

The President indicated that even before the outbreak, more than 820 million people were going hungry every day; he adds that a recent United Nations University study warned that in a worst-case scenario, the economic impact of the pandemic could push a further half-billion people into poverty” he revealed.

“We received requests from governments in more than 65 countries to help respond to the impact of the pandemic” he added. 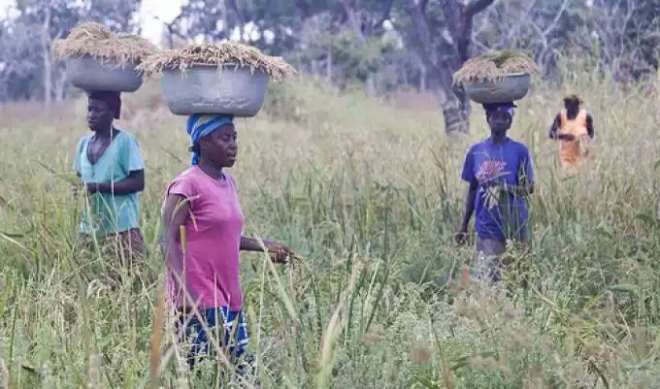