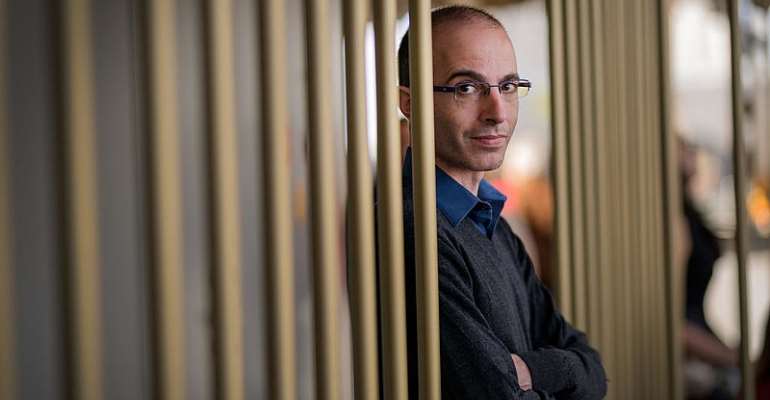 The coronavirus pandemic is a cataclysmic event that has taken its toll on many, if not most, of the inhabitants of the planet. Over 170,000 people have died, millions are infected, and a few billion people are in one way or another limited in their movements in an attempt to prevent further spread of the disease. RFI talked to historian Yuval Noah Harari to put this watershed moment in history into its proper context.

RFI: How does the lockdown affect you personally?

Yuval Noah Harari: I usually work at home, so it's not such a big change for me. I'm one of the lucky ones, because my livelihood is not in danger. I have friends, family who lost their jobs, whose businesses are failing. So I really I can't complain.

RFI: Technology that would allow people work at home are already available since the 1980s. But why did we need a pandemic before people started to actually use it?

Yuval Noah Harari
Change is difficult, stressful. Businesses and organizations don't like to experiment with a radically new system. And now, they're all doing it.

So we work from home because we are forced to try it. People don't have the motivation to try and experiment and then some crisis comes and forces them, and afterwards everything changes.

RFI: In the Financial Times of 20 March 2020, you wrote that we have two choices: between totalitarian surveillance and citizen empowerment. And also between nationalist isolation and global solidarity. Last week, US President Donald Trump stopped funding the World Health Organization; EU countries don't agree on the issue of Coronabonds; leaders in Cambodia and Hungary use the viruscrisis for their own political gain. Has the the world lost its sense of direction?

Yuval Noah Harari: That we need global cooperation doesn't mean we'll actually see this cooperation. People make wrong decisions on many occasions. As a historian,  I know that we should never underestimate human stupidity. It is one of the most powerful forces in history. Just because a course of action is the reasonable course of action, doesn't mean people will adopt it. I believe that to overcome this crisis, we absolutely need global solidarity and cooperation.

First of all, and most obviously, in the realm of information and data. All the efforts all over the world to deal with this crisis rely on information. It's vital for everything: for instance, which kind of virus you're facing.

To isolate people against Aids is very different than isolating them against Coronavirus. with Aids there is no problem hugging infected people or talking to them face to face. Just if you have sex with them uniquely use a condom.

With coronavirus, it's very different. So without getting the right information about the virus we don't even know how to isolate. Now countries are in all the country's resist debate about easing the quarantine easing the lockdown. Now in tough each country just doing it by itself repeating the same mistakes again and again.

The best thing is to see the different policies adopted by different countries, so we don't repeat the mistakes of other countries and can learn from their experiences.

The biggest advantage of humans over viruses is that we can cooperate in ways the viruses cannot. A virus in Korea cannot give advice to a virus in France about how to infect people. But a doctor in Korea of the Korean government can give advice to people in France. So we need global cooperation. But we see just the opposite, with actions like the US president cutting funds to the World Health Organization in the middle of the crisis. This is absolutely crazy.

RFI: During this crisis, most people obey to the guidelines issued by their governments, but it seems to be stimulated by fear to get infected, fear for scarcity, fear for social unrest. In how far is fear become one of the characteristics of modern man?

Yuval Noah Harari: I think there is a some level of fear is healthy to protect us. If people just discount this epidemic, like some politicians, such as the president of Brazil are doing, taking no countermeasures, then the results could be catastrophic.

But in most cases, this fear is balanced with a healthy dose of optimism and trust, especially trust in science. The good news is that this isn't the Middle Ages, it is not the Black Death. Not only is the epidemic itself far milder than the Black Death, but we now have the scientific knowledge and technological tools to overcome this epidemic.

During the Black Death, or even during the Spanish influence of 1918. People didn't really know what was causing the disease, so it was very difficult to develop counter strategies, and certainly to develop medicines or vaccines.

With the current pandemic, it took only two weeks to identify the virus and sequence its entire genetic code, which makes it possible for example, to know who has disease and who was ill before and who didn't contract it yet. We have all the scientific knowledge we need to overcome this crisis.

I'm much more afraid of the inner demons of humanity, hatred and greed and ignorance, if we allow them to take over, that's the big problem. If we react  to this crisis by allowing our hatred to take over people, blaming foreigners, people blaming minorities, for the epidemic, and therefore refusing to cooperate, this will be a disaster.

So big corporations are just trying to use this to increase the profits, instead of showing solidarity. This will be a disaster. And if we allow our ignorance to take over and we start believing all kinds of ridiculous conspiracy theories instead of believing science, then this of course will result in a disaster because then we'll take the wrong actions.

RFI: The Covid-19 crisis works as a catalyst for negative trends in the world. Since the end of WW II, concerted efforts to create a better world through the United Nations system and the Universal Declaration of Human Rights are being undermined by racism, nationalism and protectionism.  Is this pandemic the death knell for the old ideals?

Yuval Noah Harari: I try to be a realist. We have gone through worse things before. The Cold War was actually much worse and we know how the Cuban Missile Crisis ended: it did not end in a nuclear destruction of humanity, but there were moments during the Cold War, which were far more dangerous than Covid-19 so we have to keep things in perspective.

I don't think we should give up on the ideals of solidarity. And I think it's wrong to think about nationalism and globalism as opposites. There are political leaders like the US president who depict it in this way; they tell us that nationalism is contradictory to globalism, and we need to choose. But that's the mistake.

There is no contradiction, nationalism is not about hating foreigners, it is about loving your compatriots. I pay taxes so that somebody in a different city who I never met will get good national health care. And there is absolutely nothing wrong with that.

And you need to cooperate with foreigners. If you want to protect people in France from the pandemic, you have to cooperate with people in Germany, China and the US to share information. If somebody in Korea comes up with a vaccination against Coronavirus would French nationalists reject it? Because it's being done by a foreigner?

RFI: When this crisis subsides or finishes, how far do you expect that it will cause a large turn-around in the thinking about large issues such as climate change the discrepancy between rich and poor?

Yuval Noah Harari: I hope that as a result of this crisis, people will develop a greater trust in science. In Israel, they close down the synagogues. In Iran, they close down the mosques. The Catholic Church is telling people stay away from the churches because they believe the scientists and I hope this trust will remain even after the crisis is over.

And when after the crisis, scientists come and warn us, not just about pandemics, but about climate change, we will take these warnings as seriously as we now take their warnings about epidemics and viruses. But it's up to us.

RFI: If you look back to other pandemics, the Black Death, the Spanish Flu, what kind of trends do you see in the aftermath, is there a common denominator that could shed some light on what we can expect?

Yuval Noah Harari: There is no single pattern. There is a lot to learn from history from previous epidemics, but it's not that whatever happened in the past will just repeat itself. One thing we can learn, which many people are worried about, is that the current social distancing practices will maybe change human nature, and people will become isolated and stop caring about relationships, but this will not happen.

The Black Death didn't change human nature. The Spanish Flu didn't either, nor did Aids and Covid-19 also is very unlikely to change it.

When this is over, people will still like to hug each other and to visit their families and to meet new friends. There could be changing on the institutional level. People may be working from home, universities shifting courses online, this can certainly remain even after the crisis is over.

But even in these cases, we always have choices. When we talk about people moving to work from home, the big question is what will happen to their social rights? What will happen to organized labor? Some experts are saying that businesses requisitioning my home, using it as an office, not paying me rent for using my home as an office. My wonderful boss has found a way to keep the work going without paying the expenses.

And this is a choice we need to make if people start work from home. So we need to rethink all these issues of social benefits of whether the boss should start paying me part of the expenses of my home if I'm working from home, and all these the technology doesn't tell us what to do. It's a political decision.